Syed Mushtaq Ali Trophy: Electing to bat, Jharkhand rode on Virat Singh's 103 not out off 53 balls along with Saurabh Tiwary's 57 to score a mammoth 233/3. 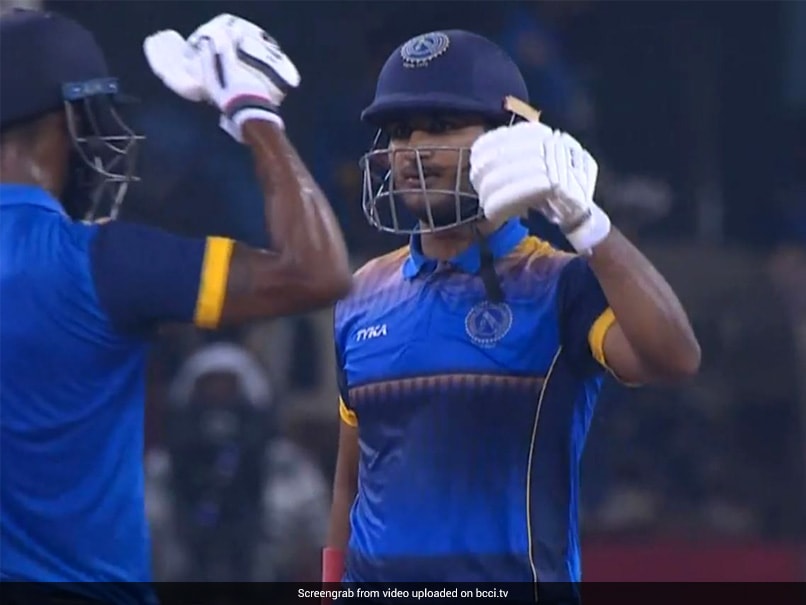 Jharkhand registered its first victory of the Syed Mushtaq Ali Trophy on the back of Virat Singh's unbeaten century at Jadavpur University second campus ground on Thursday. Jharkhand defeated Assam by 51 runs in a one-sided affair despite losing their opening batsman in the first over. Electing to bat first, Jharkhand rode on Virat's 103 not out off 53 balls along with Saurabh Tiwary's 57 to score a mammoth 233/3 while Assam also fought back with Riyan Parag's 38-ball 67 but at the end were restricted to 182/7.

Batting first, Jharkhand suffered an early jolt as they lost opener Anand Singh on the second ball of the match. Virat then stitched 81 and a 114-run partnership with skipper Ishan (24) and Saurabh to put on a massive total on board.

While chasing Assam also lost their opener Rishav Das early while Pallavkumar Das (46) and Riyan fought hard to try and pull off a shocker but couldn't succeed in front of a disciplined Jharkhand bowling attack. Monu Kumar bagged 3 wickets for the winning side.

Meanwhile, Bengal is unbeaten in the showpiece event and will look to win their third encounter, when they lock horns with Hyderabad in their third match of the tournament later on Thursday.

Bengal had got the better of Jharkhand on Tuesday when a classy maiden unbeaten century from Vivek Singh in the shortest format ensured full points for his side at the Eden Gardens.

Saurabh Tiwary Cricket
Get the latest updates on ICC Women's Cricket World Cup 2022 and IPL 2022, check out the Schedule , Live Score and IPL Points Table. Like us on Facebook or follow us on Twitter for more sports updates. You can also download the NDTV Cricket app for Android or iOS.