Big Bash League: Former England captain Michael Vaughan wasn't too impressed with Andrew Tye, after the pacer bowled a wide delivery to deny James Vince a century in the qualifier on Saturday. 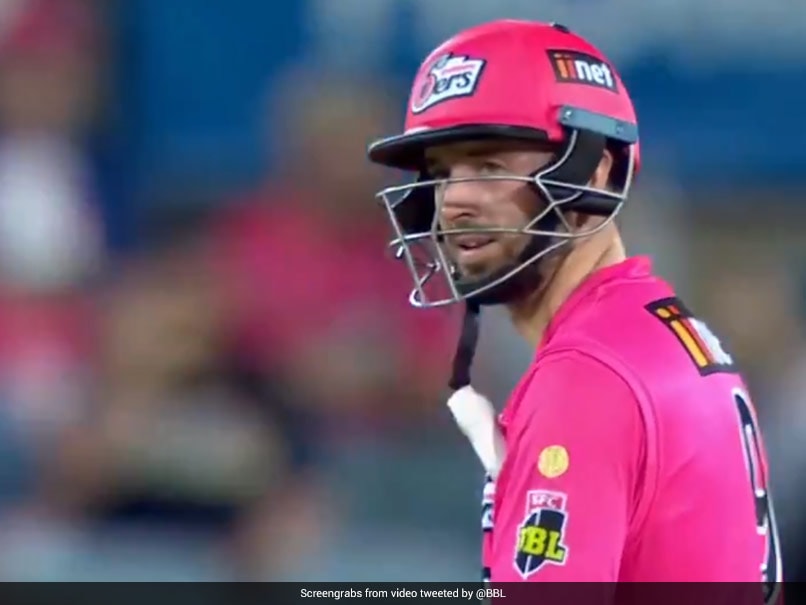 BBL: Andrew Tye delivered a short ball which was signalled a wide, leaving James Vince short of his ton.© Twitter

Sydney Sixers' batsman James Vince was left stranded on 98, following a controversial wide by Perth Scorchers' Andrew Tye in the Qualifier match of the ongoing edition of the Big Bash League (BBL) on Saturday. Tye was handed the ball in the 18th over, with Vince needing 2 runs for his century and Sixers just a run away from victory. Tye delivered a short ball down the leg side which was signalled a wide, that ended the contest and left Vince short of his individual milestone.

Here's the video of the controversial end to the qualifier match:

The @sixersBBL win in the WORST FASHION POSSIBLE #BBL10 pic.twitter.com/5uiupeUryf

Former England skipper Michael Vaughan wasn't too impressed by Tye's wide delivery that denied Vince of a well-deserved hundred. "No one can tell me that he didn't mean to do that ... !! Poor form from AJ Tye ...," read the tweet from Vaughan.

Earlier, Perth Scorchers won the toss and opted to bat, posting a total of 167 runs for the loss of six wickets in 20 overs. Wicketkeeper-batsman Josh Inglis was the highest run-scorer for the side, smashing 69 runs off 41 deliveries in an innings comprising of five boundaries and two sixes. Australian pacer Ben Dwarshuis was the pick of the bowlers, accounting for two wickets.

In response, openers Josh Philippe and James Vince provided a strong start to the Sixers, accumulating 92 runs in nearly 9 overs. Vince (98* off 53 balls) continued to score freely following the former's dismissal, with Daniel Hughes at the other end.

Perth Scorchers Cricket
Get the latest updates on IPL Auction 2023 and check out  IPL 2023 and Live Cricket Score. Like us on Facebook or follow us on Twitter for more sports updates. You can also download the NDTV Cricket app for Android or iOS.