Suryakumar Yadav shared a picture of him meeting India and Mumbai Indians teammate Rohit Sharma, who is recovering from injury, in Bengaluru. 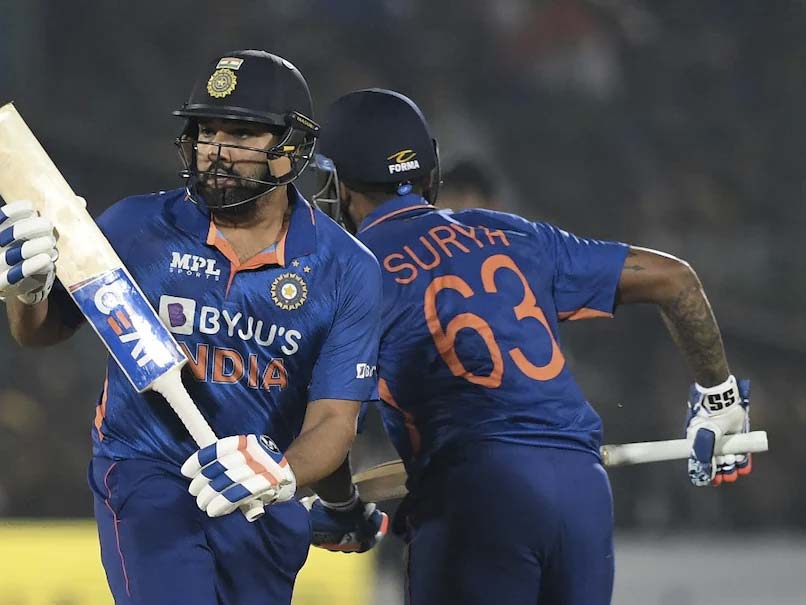 Suryakumar Yadav on Thursday shared a picture of him meeting India and Mumbai Indians teammate Rohit Sharma, who is recovering from injury, in Bengaluru. India's white-ball captain Rohit was earlier ruled out of the tour of South Africa, where India are playing three Tests and three ODIs, due to a hamstring injury. Suryakumar took to social media on Thursday to share a picture with Rohit at the M Chinnaswamy Stadium in Bengaluru. "Hey b-Ro," wrote Suryakumar in the caption accompanying the photo. Suryakumar is part of the Indian squad for the ODI series in South Africa.

Team India chief selector Chetan Sharma had said during the announcement of the squad for India's three ODIs in South Africa, that the management didn't want to rush Rohit back into the team.

"Rohit Sharma is not fit, he is in rehab and he is not going for the ODI series in South Africa. He is working on and building on his fitness. We never wanted to take chance with him," Sharma said before announcing the team.

"We are looking to groom KL Rahul and we have confidence in him. He has proved his leadership qualities. KL is the best one who can handle the side. He is an all-format player and he has got good experience of captaincy... this is what all selectors think," he added.