Suresh Raina put up a photo of his daughter Gracia and MS Dhoni's daughter Ziva to describe the situation when Facebook, Whatsapp and Instagram services were disrupted. 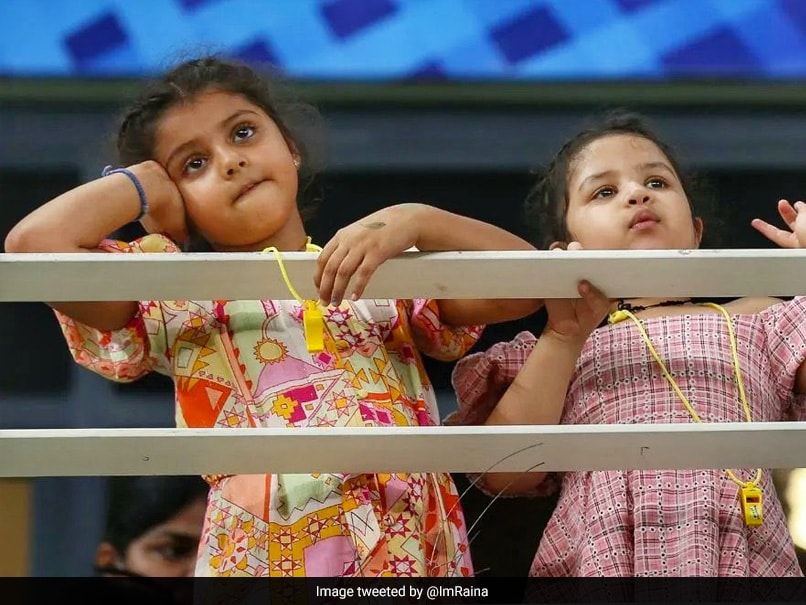 Cricketer Suresh Raina, on Monday night, joined the meme fest triggered by the Facebook, Instagram, and WhatsApp outage by sharing a hilarious post on Twitter. The Chennai Super Kings (CSK) cricketer shared a picture of his daughter Gracia, and MS Dhoni's daughter Ziva on the microblogging site along with a funny caption. Raina put up a photo of the two girls from what looks like the stands during a cricket match, where they look like waiting for something interesting to happen. He captioned the post, "While waiting for Facebook, Instagram & WhatsApp to be back up again", and followed it up with a face with tears of joy emoji.

Late on Monday, Facebook, Instagram, and WhatsApp services were disrupted and became inaccessible to billions of users globally. According to several reports, the outage lasted for around six hours.

The 34-year-old's post was an instant hit among his followers as it garnered over 44,000 likes and was retweeted over 2,900 times.

Punjab Kings (PBKS) skipper KL Rahul also reacted to the outage and asked his followers what they are doing with their free time?

"So what's everyone doing with their free time?" Rahul tweeted late on Monday night.

So what's everyone doing with their free time?

Meanwhile, Raina was not part of the CSK playing XI for their Indian Premier League (IPL) match against Delhi Capitals (DC) on Monday as he was facing a back problem. Robin Uthappa replaced Raina in CSK's playing XI.

The encounter between DC and CSK took place at the Dubai International Stadium. The Rishabh Pant-led DC won the match by three wickets to go on to the top of the IPL points table.

CSK will next take on Punjab Kings in their last group stage match on October 7.

KL Rahul IPL 2021 Cricket
Get the latest updates on ICC Women's Cricket World Cup 2022 and IPL 2022, check out the Schedule , Live Score and IPL Points Table. Like us on Facebook or follow us on Twitter for more sports updates. You can also download the NDTV Cricket app for Android or iOS.