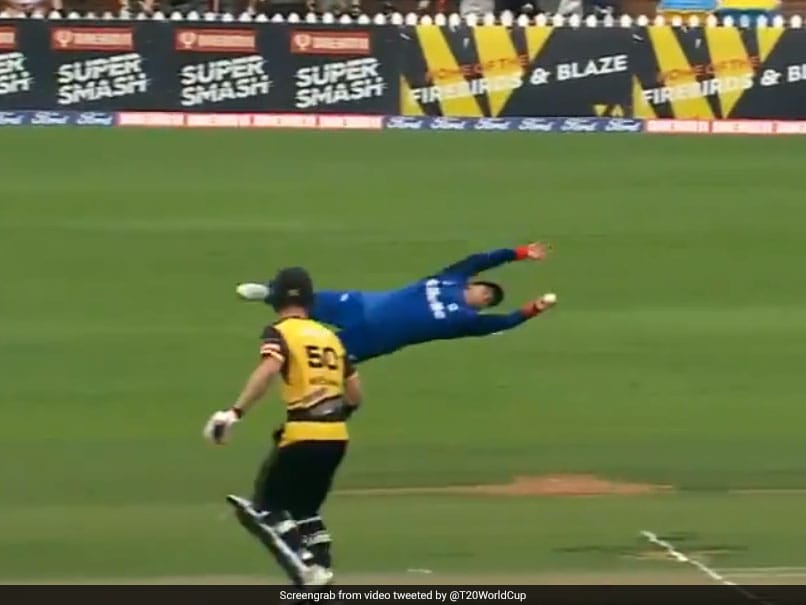 The Big Bash League, Australia's domestic T20 competition, has seen some superlative fielding efforts this season and New Zealand's T20 domestic tournament, Super Smash, is not one to be left behind. In the Super Smash final between Wellington Firebirds and Auckland Aces on Sunday, captain of the Auckland outfit, Craig Cachopa took an absolutely stunning one-handed catch, flying to his left, to send the Wellington opener Devon Conway packing on 49 off 37 balls off the bowling of New Zealand fast bowler Mitchell McClenaghan.

McClenaghan bowled a full delivery to Conway with a little width on offer. The Wellington Firebirds opener, who had already hit five boundaries till then, went for a powerful drive but Cachopa flew to his left, stuck his hand out and completed the outstanding catch.

Here is the video of Cachopa's exceptional catch:

South African-born Cachopa's effort was all the more important for Auckland with Conway looking dangerous and Wellington eyeing a grandstand finish.

In the next three overs, Auckland gave away 25 runs and picked up three wickets to go along with it. And just when it seemed that Wellington would find hard to go past 150, Dutch wicketkeeper-batsman Logan van Beek smashed an unbeaten 15 off just 8 balls to push his team's total to 168 for seven in 20 overs.

In reply, Martin Guptill gave the Auckland Aces a solid start but found little support from the other three top-order batsmen. Colin Munro was dismissed for 9, Glenn Phillips was sent packing by Jimmy Neesham for 7 while Mark Chapman managed just 8 as Auckland found themselves in a spot of bother at 61 for three in 9.1 overs.

Guptill and captain Cachopa then added 42 runs for the fourth wicket before the latter was dismissed by van Beek for 25.

Van Beek removed the next two batsmen in double quick time to put his team firmly in control. Guptill's departure for 60 was the final nail in the coffin for Auckland as they could only manage 146 for nine in 20 overs to lose the final by 22 runs.