Rashid Khan has impressed with his bowling in several professional leagues, and his fielding too is now creating waves. 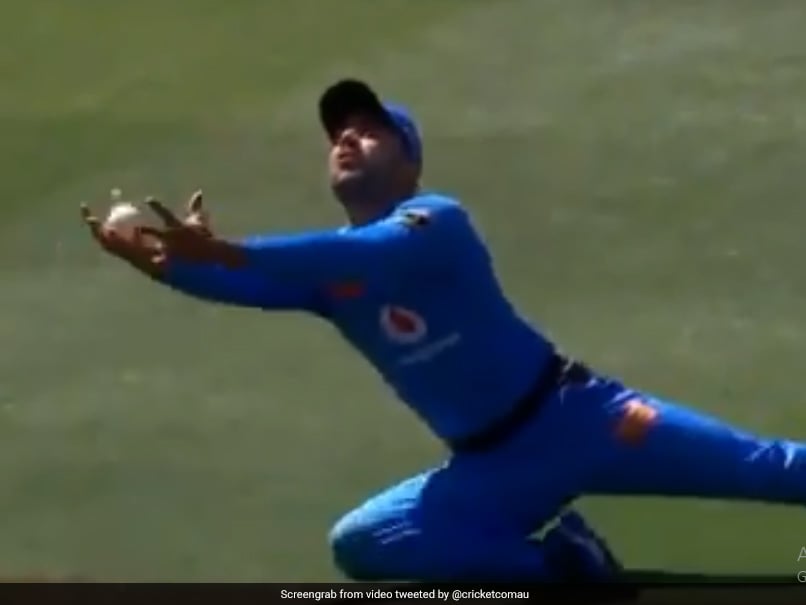 Rashid Khan is a precocious talent not only with the ball in hand but in other aspects of the game as well. Besides being the number one Twenty20 International (T20I) bowler in the world, the Afghan sensation is an excellent fielder and a handy batsman down the order. On Friday, Rashid Khan once again caught the eye during the Adelaide Strikers vs Brisbane Heat Big Bash League (BBL) match at the Adelaide Oval. The 21-year-old bowled four overs, giving away just 15 runs with a wicket to his name at an economy rate of 3.75. But he made a far more important contribution on the day. The leg-spinner took a sensational running catch to send the dangerous Chris Lynn packing for 26.

Liam O'Connor tossed up his delivery well and Lynn took the bait and went for an uncultured slog to mid-wicket but ended up getting a leading edge and skying the ball. Rashid Khan who was inside the circle on the off-side, ran at full tilt with his eyes glued to the ball and dived full-length, getting both hands to the ball to complete a remarkable catch.

Rashid Khan has again been brilliant in the Big Bash League. He is currently the third-highest wicket-taker this season with 15 scalps to his name in nine matches. Daniel Sams tops the list with 17 wickets, followed by Haris Rauf (16 wickets) in second place.

Rashid Khan's efforts in the field on Friday, helped the Adelaide Strikers bowl out Brisbane Heat for a paltry 100 in 17 overs. Liam O'Connor was the pick of the bowlers with 3 wickets for 30 runs off his four overs.

Michael Neser and Wes Agar chipped in with two wickets apiece as Brisbane Heat produced a tepid batting display. Chris Lynn (26) and Matt Renshaw (43) were the only two Brisbane players to get into double figures.

At the time of writing this, Adelaide Striker were 26 for no loss in four overs in the chase.

Chris Lynn Matt Renshaw Cricket
Get the latest updates on IPL Auction 2023 and check out  IPL 2023 and Live Cricket Score. Like us on Facebook or follow us on Twitter for more sports updates. You can also download the NDTV Cricket app for Android or iOS.