AB de Villiers took no time to leave a mark in the Big Bash League (BBL) as he took a sharp catch by diving forward on his debut. 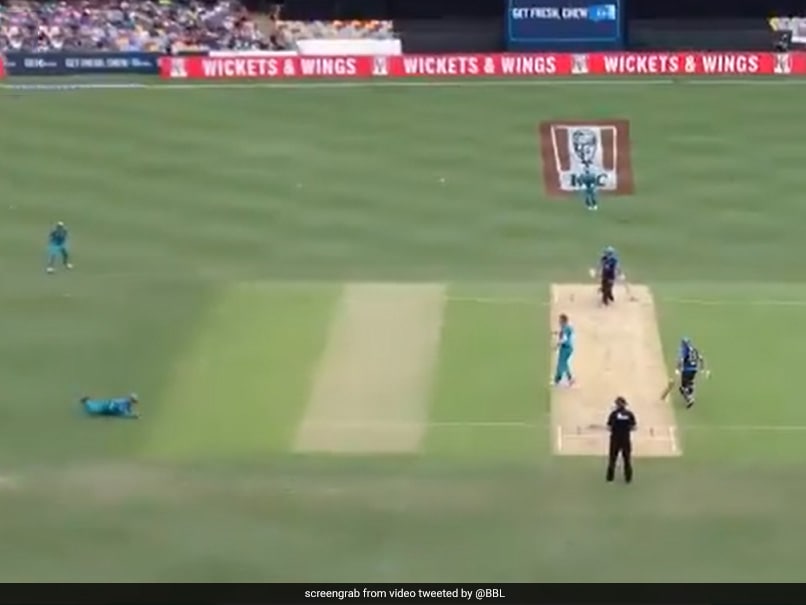 AB de Villiers took no time to leave a mark in the Big Bash League.© Twitter

AB de Villiers took no time to leave a mark in the Big Bash League (BBL) as he took a sharp catch by diving forward on his debut. The catch which AB de Villiers took at short extra cover to dismiss Jonathan Wells for 14 runs helped his Brisbane Heat teammate James Pattinson complete his five-wicket haul. The match commentators were left ecstatic with AB de Villiers' effort as one of them said, "leading commentary again, AB welcome to the heat, takes the catch, Jimmy Pattison has five".

Check out the brilliant catch here:

De Villiers was presented with the Brisbane Heat cap by former Australia all-rounder Andrew Symonds. His BBL debut comes against the Adelaide Strikers.

The former South Africa captain was lured to Brisbane by skipper Chris Lynn as they were together in the IPL but in different teams in the Indian domestic T20 league. De Villiers said he was excited to bat with the six-hitting sensation for the first time.

"It could be interesting, I don't know what to expect. We know each other from chatting at IPL but it's an interesting dynamic with two players at the crease, it either works or it doesn't," de Villiers said on Lynn.

"I've got a feeling it's going to work and be very nice to watch. Hopefully I'll do most of the watching at the non-striker's end," he added.

De Villiers also said he feels the same kind of pressure no matter which tournament or match he is playing at.

AB de Villiers Cricket
Get the latest updates on India vs Australia and check out  Schedule, Results and Live Score. Like us on Facebook or follow us on Twitter for more sports updates. You can also download the NDTV Cricket app for Android or iOS.