Steve Smith posted the tutorial video a day after Kane Williamson had posted a similar video where he was trying to create a White Fern on his coffee. 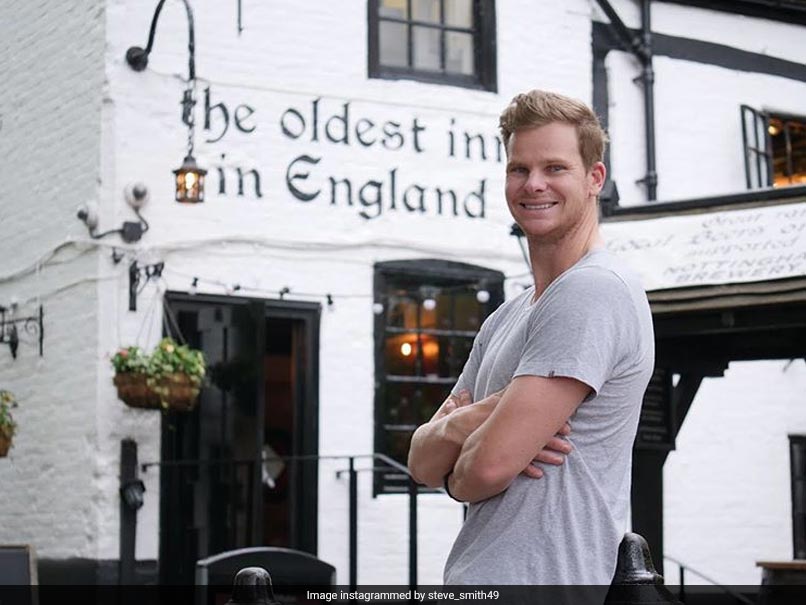 Steve Smith on Tuesday posted a video on his Instagram account, showcasing his Latte art skill. Smith shared the tutorial video a day after New Zealand skipper Kane Williamson had posted a similar videowhere he was trying to create a White Fern on his coffee. In his video, Smith, like a good friend, tries to explain Williamson what is the right technique to follow to get better results. "All right here we go Kane... Now just lifted the end mate and splash through the milk," Smith explains in the video. "Cricketers and their latte art! Here u go mate, this is my attempt! Any feedback? @kane_s_w. Maybe we should stick to hitting balls," Smith captioned the video.

Cricketers and their latte art! Here u go mate, this is my attempt! Any feedback? @kane_s_w . Maybe we should stick to hitting balls

On Monday, replying to Williamson's post, Smith had pointed out his mistake and told him what he should have done to get better fern shape on his coffee.

"When you are doing the last flick you have to lift the pouring cup so it's a thin line and not splashing the milk in," Smith had commented.

Given the end result, Smith, like his batting, seems to have mastered this art as well and Williamson was not surprised by this and quickly acknowledged that he will get there after "a few more coffee net sessions".

"Haha bro I'm not surprised that you've mastered this too! A few more coffee net sessions for me," replied Williamson, praising Smith's skills.

Australia opener David Warner, who is currently on an insane video-sharing spree, also commented on the post and said that he won't event try to attempt it.

"Haha I am not even trying to attempt," Warner commented.

The coronavirus pandemic has brought sporting events, including cricket, across globe to a standstill and given the current situation in many parts of the world, it is hard to predict the return of sports.

New Zealand Cricket Team Cricket
Get the latest updates on Olympics 2020, Olympics 2020 Medal Tally, Live Cricket Score . Like us on Facebook or follow us on Twitter for more sports updates. You can also download the NDTV Cricket app for Android or iOS.