Steve Smith shared a photograph on Instagram, of him sitting behind a well-decorated cake prepared by his wife, and thanked everyone for the birthday wishes. 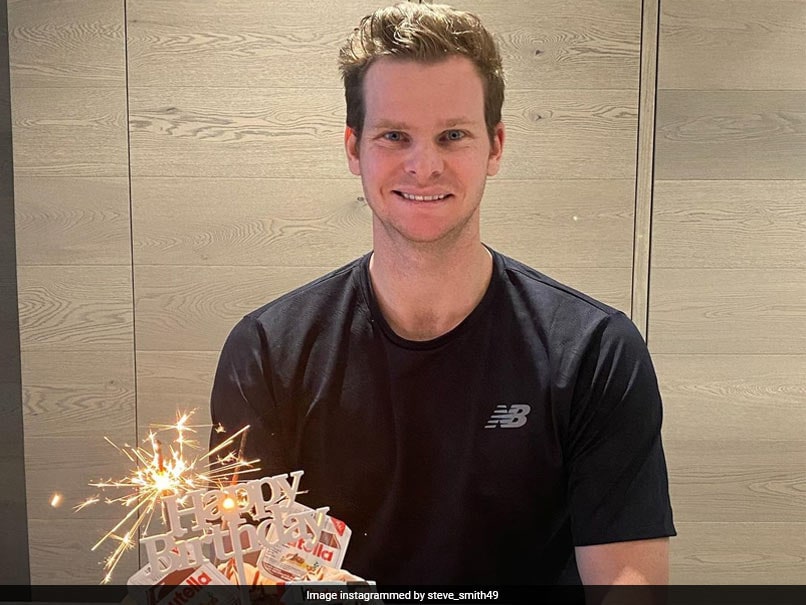 Former Australian cricket captain and current Delhi Capitals (DC) player Steve Smith, who has established himself as one of the greatest batsmen of his generation, celebrated his 32nd birthday on Wednesday. A mainstay of the batting line-up, Smith has often pulled his team out of trouble and eased pressure on his teammates. So, on his birthday, a number of players from across the world, including his Indian Premier League (IPL) colleagues, have wished the star player on social media.

India's opener and Delhi Capitals' player Shikhar Dhawan wished happy birthday to "Smudge" in an Instagram story. He posted an image of the two exchanging a fist bump while playing for DC.

The Delhi-based franchise described Smith as one of the world's finest batters and an "unapologetic cricket nuffy". DC asked him to "never change".

Here's wishing one of the world's finest batters and an unapologetic cricket nuffy, @stevesmith49, a very Happy Birthday

The International Cricket Council (ICC) celebrated the occasion by tweeting a short video of Smith's incredible century for Australia in the 2015 World Cup semi-final against India.

Smith shared a photograph on Instagram of him sitting behind a well-decorated cake prepared by his wife Dani Willis. He also thanked everyone for the birthday wishes.

Dani also posted an image of the couple together on her Instagram account, saying she is very happy that Smith is home to celebrate his birthday.

Smith and some other Australian players had to return to their home country due to the deepening Covid-19 pandemic in India in April-May. The IPL had to be suspended mid-way with the remaining fixtures to be played in the UAE in September-October.

Several Australian players had initially stayed back to fulfil their commitments to their franchise but returned after the situation got worse.

However, most of them had to return to Australia after relocating to the Maldives, where they waited for their government to lift the temporary travel ban imposed on people coming from India.

Steven Smith Cricket Cricket
Get the latest updates on India vs South Africa and check out  Schedule, Results and Live Score. Like us on Facebook or follow us on Twitter for more sports updates. You can also download the NDTV Cricket app for Android or iOS.