Tim Paine put his weight behind teammate Steve Smith, who's captaincy ban expired last year, to lead the team Down Under again. 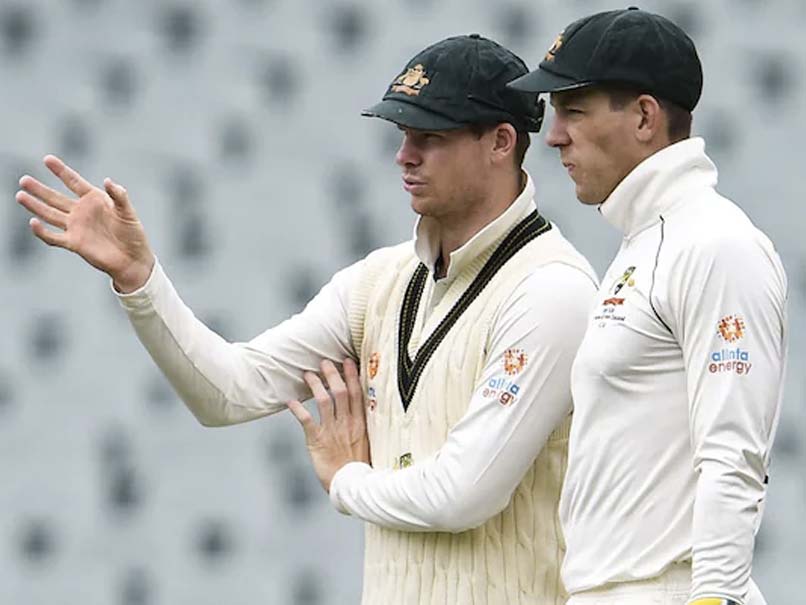 Australia Test skipper Tim Paine has come out in support of Steve Smith as he feels the right-handed batsman deserves another chance to lead the team from Down Under. In March this year, Smith for the first time had openly talked about wanting to lead Australia again. The 31-year-old cricketer was removed as the skipper following his involvement in the Sandpaper Gate fiasco in the Cape Town Test against South Africa in March 2018. Smith's captaincy ban expired last year, however, he was not handed back the leadership post as Paine continued to lead the side in the longest format of the game.

"I think so. Obviously I don't make that decision but the time I played with Steve as captain he was excellent. Certainly tactically he is as good as you get," The Sydney Morning Herald quoted Paine as saying at a dinner for the Chappell Foundation.

"He's probably a bit like me when I was at the start of my captaincy journey in Tasmania, he was thrown into a very big role at a very, very young age and he probably wasn't quite ready for it," Paine said.

"But by the time I came in he was growing into that role and getting better and better. Then obviously [in] South Africa events happened and he's not doing it anymore. But yeah I would support him getting that job again," Paine added.

Australia is slated to play a one-off Test against Afghanistan this year before they take on England in the Ashes. When asked about any plans to retire, the Australian skipper said he had "at least another six Tests" in him.

"If I feel like the time is right and we've beaten the Poms 5-0, what a way to go out. But it might be a tight series and we might be chasing 300 on the last day and I'm 100 not out and hit the winning runs and then I might go again," Paine said.

Steven Smith Tim Paine Cricket
Get the latest updates on ICC T20 Worldcup 2022 and CWG 2022 check out the Schedule, Live Score and Medals Tally. Like us on Facebook or follow us on Twitter for more sports updates. You can also download the NDTV Cricket app for Android or iOS.