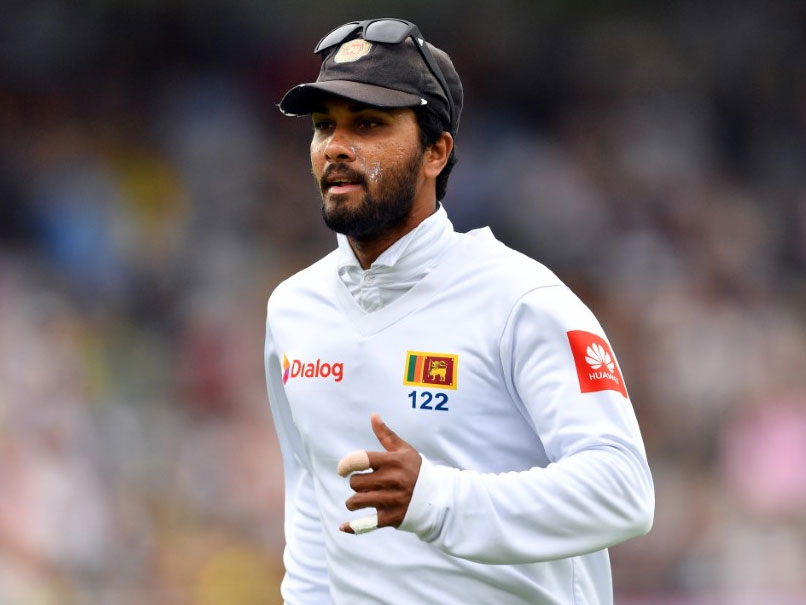 Sri Lanka recalled axed former captain Dinesh Chandimal as he was named in a 22-member preliminary squad for the two-match Test series against New Zealand, starting on August 14 in Galle. Both Sri Lanka and New Zealand will begin their World Test Championship campaign with the two-match Test series. Dimuth Karunaratne will lead the 15-member squad, which will be selected from the 22 probables when the series gets underway. "The final 15 will be selected out of the given squad," the Sri Lanka Cricket said in a release.

Meanwhile, Oshada Fernando and Kusal Mendis, who propelled Lanka to their historic Test series win against South Africa and become the first Asian team to win a Test series in the African nation, have also been roped into the squad.

Apart from Chandimal, spinners Akila Dananjaya and Dilruwan Perera have also been recalled for the series.

In the 15 Tests played in Sri Lanka dating back to 1984, New Zealand have won four, lost six and drawn five. New Zealand are currently ranked second in Tests, and Sri Lanka sixth.

Last week, Sri Lanka put on a clinical performance with bat and ball to record a 122-run win in the third and final One Day International and complete a clean sweep over Bangladesh in Colombo.

Dinesh Chandimal Cricket Sri Lanka vs New Zealand, 1st Test
Get the latest updates on ICC T20 Worldcup 2022 and CWG 2022 check out the Schedule, Live Score and Medals Tally. Like us on Facebook or follow us on Twitter for more sports updates. You can also download the NDTV Cricket app for Android or iOS.