Kagiso Rabada has been suspended for South Africa's next two Test matches. 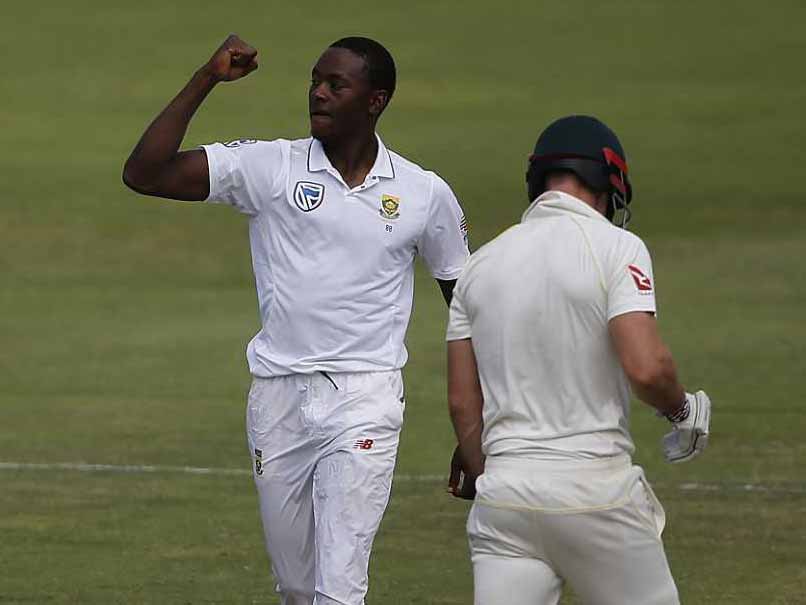 Australia's assistant coach Brad Haddin feels that the absence of suspended fast bowler Kagiso Rabada is a bonus for the visitors. Haddin was speaking ahead of the third Test against South Africa starting at Cape Town on Tuesday. The four-match series is locked at one-all for both the teams. Rabada was suspended for the remainder of South Africa's Test series after brushing shoulders with Australia captain Steve Smith on day one of the second Test. While Rabada and Cricket South Africa (CSA) are still weighing up whether to appeal the two-Test ban, Haddin felt that the 22-year-old in form pacer's absence would be a blessing for the Australians.

"It's disappointing for the game that he's not playing but from our point of view it's a bonus because he is a class act," Haddin told reporters, as reported by cricket.com.au.

Rabada claimed 11/150 in South Africa's six-wicket win here and Haddin says it's a shame not to see the right-armer in action.

"He's very impressive. For someone so young, the smartness he has with the ball in his hand, knowing when to go up and down gears and looking from the sidelines it looks like he really understands how to set up a batsman," Haddin said.

"For someone so young that's quite impressive.

"I thought the spell in the second innings to go after (David) Warner and the openers, that was a pretty placid wicket, and from where I was sitting that was some pretty hostile bowling.

"He took it on himself there to get the big wicket of Davey (Warner). Davey played well in that first innings (for 60)," he added.

Haddin also joined former Proteas skipper Graeme Smith and current captain Faf du Plessis as the latest voice calling for the focus to return to the battle between bat and ball by two evenly-matched teams.

"I think we're giving it too much oxygen, to be honest," Haddin said.

"Everyone needs to take a step back. Let's start playing cricket more on skill and less on emotion," he added.

Comments
Topics mentioned in this article
Australia Cricket Team South Africa Cricket Team Brad Haddin Kagiso Rabada Cricket
Get the latest updates on India vs Australia Series, check out the India vs Australia Schedule for 2020-21 and Ind vs Aus live score . Like us on Facebook or follow us on Twitter for more sports updates. You can also download the NDTV Cricket app for Android or iOS.