Smriti Mandhana and Jemimah Rodrigues grew in the rankings after stellar performances in the T20I series in New Zealand. 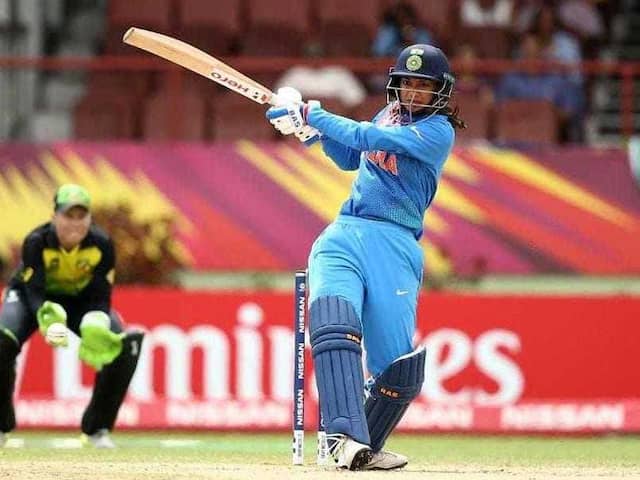 Smriti Mandhana and Jemimah Rodrigues have climbed up in the International Cricket Council's (ICC) Women's T20I Rankings that were released on Tuesday. Among the batters, Mandhana has jumped four notches up to reach the sixth spot and Rodrigues - who amassed 132 runs in the recently concluded three-match series versus New Zealand - has now grabbed the second spot after having jumped four places. Mandhana also had a great outing against New Zealand, where she had an aggregate of 180 runs in the series. Mandhana had scored two half-centuries in the series. Among the all-rounders, West Indies' Deandra Dottin has grabbed top spot.

In the recently concluded T20 Internationals versus New Zealand, The Indian women's team almost pulled off a dramatic win but failed to score a boundary in the final delivery to lose the third and final T20 International against New Zealand by a mere two runs in Hamilton.

Chasing 162 for a win, batswoman Smriti Mandhana took the Indian team on course for a consolation win with a career-best knock of 86 from 52 balls but the visiting side had failed to build on her scintillating knock to end their innings at 159 for 4.

With the three-match series already lost after defeats in the first and second T20Is, India surprisingly named senior player Mithali Raj in the playing eleven and she contributed 24 not out from 20 balls after coming to bat at the fall of captain Harmanpreet Kaur (2). But she failed to hit a four from the final delivery bowled by Leigh Kasperek as India lost the match by two runs.

India Women Smriti Mandhana Cricket
Get the latest Cricket news, check out the India cricket schedule, Cricket live score . Like us on Facebook or follow us on Twitter for more sports updates. You can also download the NDTV Cricket app for Android or iOS.