Shahid Afridi thanked India captain Virat Kohli and the team for gifting him with an autographed jersey. 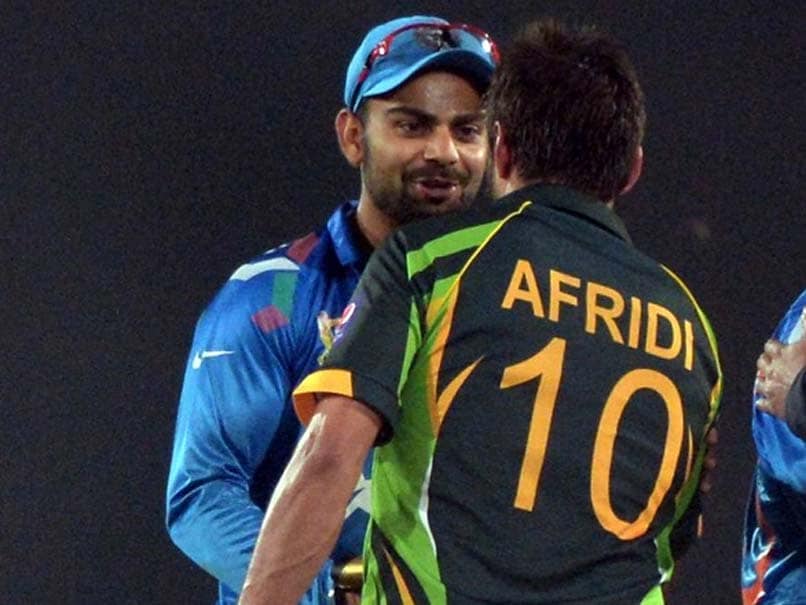 Former Pakistan cricket star Shahid Afridi on Friday thanked Virat Kohli and Team India for gifting him with a Kohli ODI jersey with signatures of Team India members on the back of it. A picture of the signed T-shirt had been put up on Twitter by a Pakistani journalist and on Friday, Afridi tweeted back his appreciation of the gesture. "Thank you to you and the entire Indian team for a wonderful farewell gift @imVkohli. Respect superstar, hope to see you soon," Afridi wrote on his twitter handle.

Thank you to you and the entire Indian team for a wonderful farewell gift @imVkohli. Respect superstar, hope to see you soon pic.twitter.com/DGz8aMs1Xv

The Indian team had gifted him the jersey following Afridi's retirement from all forms of cricket.

Kohli had tweeted, "Shahid Bhai, best wishes, always a pleasure playing against you."

The 37-year-old Afridi bid adieu to his 21-year-old international career in February when he announced his retirement from T20 cricket. He had already retired from Test and One-day formats of the game.

Pakistan and India would next be meeting for an ODI when they face off during the Champions Trophy in the UK in June. They have been clubbed in the same group there, along with Sri Lanka and South Africa.

Comments
Topics mentioned in this article
Shahid Afridi Cricket Virat Kohli India Cricket Team
Get the latest updates on IPL 2021, IPL Points Table , IPL Schedule 2021 , live score . Like us on Facebook or follow us on Twitter for more sports updates. You can also download the NDTV Cricket app for Android or iOS.