Shahid Afridi is one of the most prolific all-rounders the game has produced. 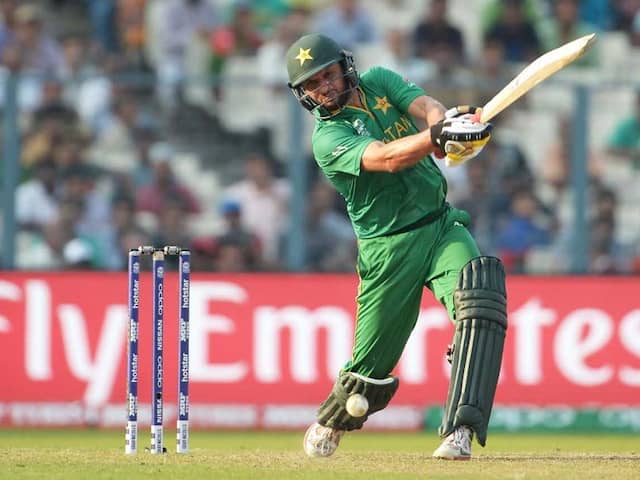 Shahid Afridi recently took to social media to reveal who nicknamed him.© AFP

Shahid Afridi recently took to social media to name the Indian cricketer who nicknamed him 'Boom Boom.' Shahid Afridi has been well known by his nickname for his six-hitting ability. The 38-year-old records a massive 351 sixes in 398 One-Day Internationals (ODIs) and 73 sixes in 99 Twenty20 Internationals (T20Is). Afridi, in an interactive session with his fans on Twitter, revealed, former Indian cricketer and current India team coach Ravi Shastri nicknamed him 'Boom Boom.'

Afridi last featured in an ODI match on March 20, 2015 against Australia at Adelaide. His last T20I, on the other hand, came against West Indies, where he was a part of the ICC World XI, in an exhibition match that was played on May 31, 2018.

Ravi Shastri, on the other hand, is currently on national duty at England. India made a comeback in the third Test after losing the first two Tests by a massive margin.

The fourth Test will get underway from August 30 at Southampton. The encounter will be a golden opportunity for the Shastri-coached side to level the series.