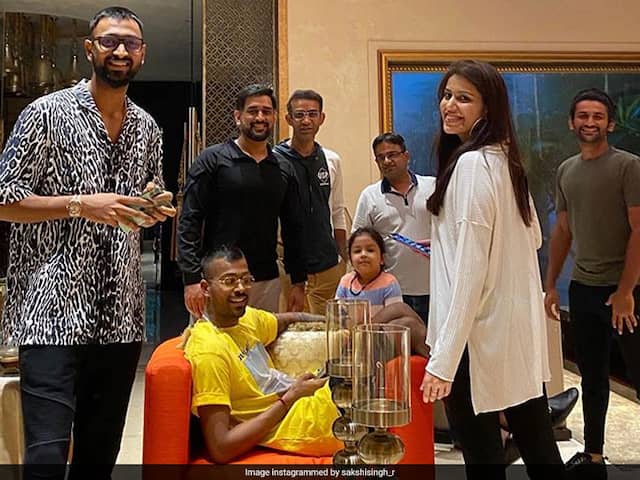 MS Dhoni had celebrated his 39th birthday earlier this month and on the occasion Hardik Pandya and Krunal Pandya had paid him a surprise visit. Exactly two weeks later, Dhoni's wife Sakshi shared a picture on Instagram from that celebration which features all three Indian cricketers, among several other people. The candid picture shows Hardik lying on a couch with others standing around him. Sharing the picture with his followers, Sakshi wrote: "Missing the happy squad!". Krunal's wife Pankhuri, who can also be seen in the picture, replied to Sakshi's post, using a red heart and face of tears of joy emojis.

Hardik also shared the same picture on his Instagram story and wrote: "Miss you guys my gems". 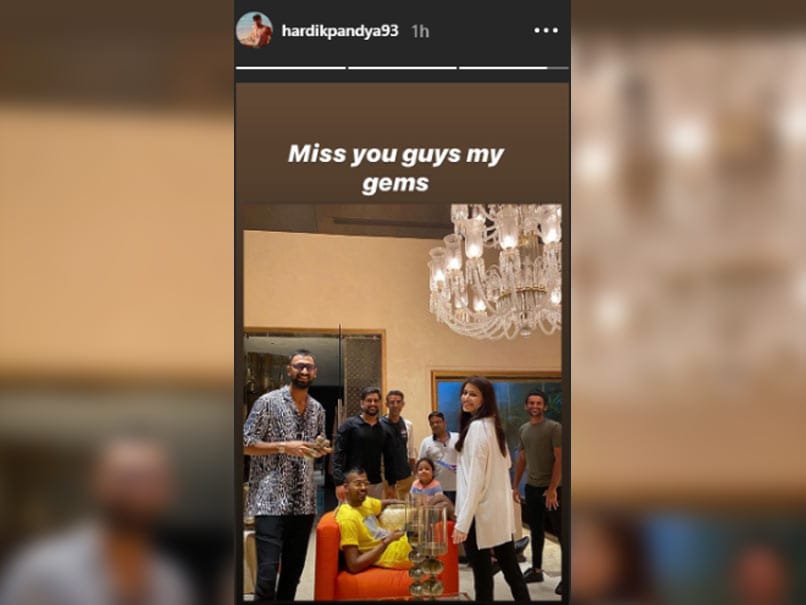 The former Indian skipper turned 39 on July 7 and received wishes from his teammates, fans and well wishes from across globe. In his birthday wish for Dhoni, Hardik had referred to him as "my Bittu". He thanked the Chennai Super Kings Skipper for standing by him in his bad times and teaching him how to be better human being.

"Happy birthday to my Bittu from your Chittu. My friend who has taught me to be a better human being and stood by me in bad times @msdhoni," Hardik had tweeted.

Dhoni is one of the most loved cricketers in the country, with a massive fan following but despite that he maintains a low-profile on social media and it is hard to get a glimpse of him, more so at a time when he hasn't played competitive cricket for over a year now.

That is why when Dhoni made a rare social media appearance last week, the video started trending on the internet across social media platforms and fans started talking about his new look.

Dhoni last played competitive cricket in July 2019 in the semi-final of World Cup 2019. Since then, his fans have been waiting eagerly to see their favourite player back in action and do what he does best -- smash fours and sixes.

It seems the fans' over a year-long wait will come to end in a couple of months' time as the BCCI is planning to have a full-fledged IPL most likely in the UAE, utilising the September-November window after the postponement of this year's T20 World Cup.

Hardik Pandya Krunal Pandya Cricket
Get the latest Cricket news, check out the India cricket schedule, Cricket live score . Like us on Facebook or follow us on Twitter for more sports updates. You can also download the NDTV Cricket app for Android or iOS.