MS Dhoni, despite being one of the most loved cricketers in the country, maintains a low profile on social media. 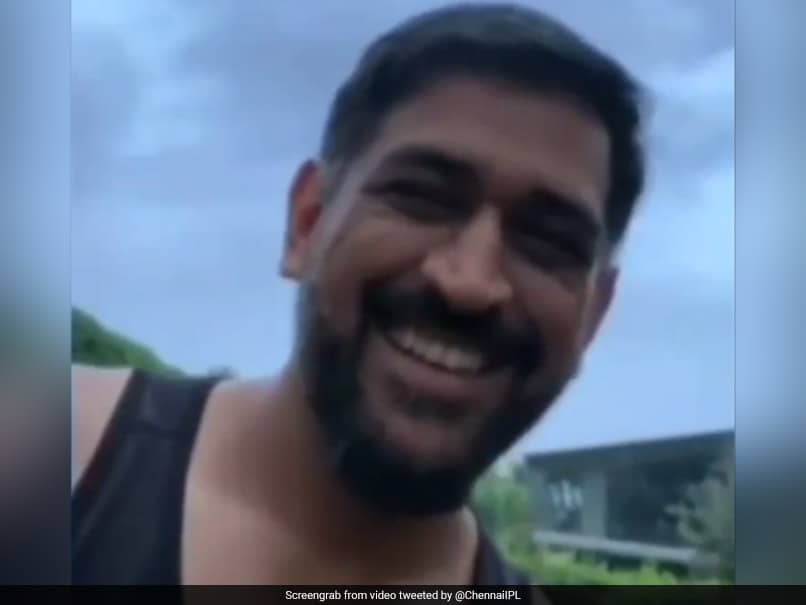 MS Dhoni was seen sporting a new look in a video that went viral on Friday.© Twitter

MS Dhoni, despite being one of the most loved cricketers in the country, maintains a low profile on social media. At a time when sporting events in the country are at complete standstill, Dhoni's die-hard fans more than ever keep on scrolling through social media to get a glimpse of their favourite player, without much success. However, on Friday the former India skipper made a rare appearance on social media in a viral video, shared by many fans. Dhoni's IPL franchise Chennai Super Kings (CSK) also shared the video on their various social media platforms, including Twitter and Instagram. "The much needed pawsitivity at 7! #Thala @msdhoni #WhistlePodu," CSK captioned the video. In the video, Dhoni can be seen sporting a new look, which became the talking point. In the video, Dhoni is seen waving towards someone while looking at the screen, which seems like a video call.

As soon as CSK posted the video, it became an instant hit among his followers and they flooded the post with various comments, with many praising his new look while others hoping to see him back on the ground and do what he does the best -- hit fours and sixes.

Dhoni hasn't played any competitive cricket since July last year and was supposed to return to the field during this year's Indian Premier League, but unfortunately the cash-rich league has been postponed indefinitely due to the coronavirus pandemic.

Despite losing its regular April-May window for the IPL, the Board of Control for Cricket in India (BCCI) has still not completely ruled out the possibility of conducting the tournament this year.

The board led by Sourav Ganguly is yet to deliver any final verdict whether the tournament will be held this year or not. Ganguly, during one of his interviews said that if situation permits they would definitely want to conduct the IPL, as it the a very important tournament for the country.

"It is a very important tournament for India. Our target is to host it in India across four-five venues. If not, then having it overseas is an option," he added.

If the BCCI manages to somehow conduct the tournament either at home or overseas, no one will be more happy than the Dhoni fans who have been waiting anxiously for over a year now to see their favourite player back in action on the field.