Sachin Tendulkar has been a big hit on social media since his retirement. 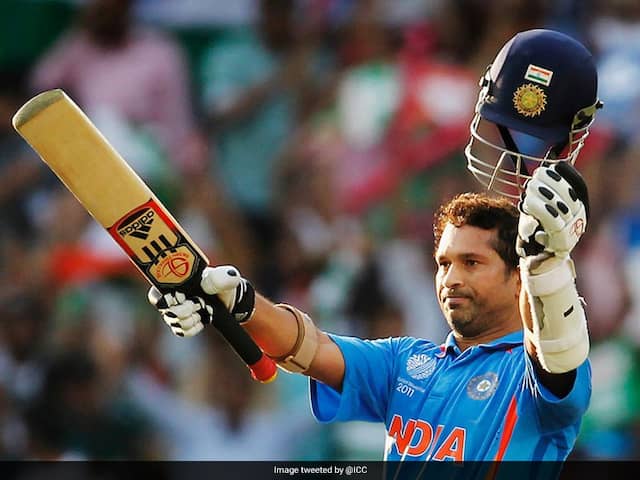 On April 2, 2011, Sachin Tendulkar realised his dream of winning the World Cup.© Twitter

Sachin Tendulkar, in his career that lasted 24 years, broke records at will, amassing 34,357 runs, thus achieving a demi-god status in Indian cricket. Sachin Tendulkar retired from all forms of cricket in 2013 and is currently associated with the Indian Premier League franchise Mumbai Indians as the team icon. Tendulkar, whose signature straight drives were a treat for the sore eyes, turned 46 on Wednesday and wishes for the legend poured in from across the country.

Wish you a very Happy B'day Paaji, have a great year ahead. @sachin_rt

Happy Birthday to a very special cricketer and human being who gave many memorable moments to us and cricket lovers around the world. He was and continues to be a hero and an inspiration @sachin_rt . #HappyBirthdaySachin pic.twitter.com/UF9IW1eUkv

Many more happy returns of the day to the little boy who stole a billion hearts with his resolve and genius , now a man who continues to inspire , @sachin_rt Paaji.#HappyBirthdaySachin pic.twitter.com/ulyAxc6lFn

'Your attitude is what takes you forward in life'.
I shall never forget the valuable advices that you shared with me. Wish you a very happy birthday, @sachin_rt Sir. #HappyBirthdaySachin pic.twitter.com/9aFPFhV7KN

Moreover, Tendulkar was the first player to score a double century in ODIs.

On April 2, 2011, Tendulkar realised his dream of winning the World Cup.

In 2014, Tendulkar was conferred the Bharat Ratna, India's highest civilian award, by then president Pranab Mukherjee. He became the first sportsperson, as well as the youngest person to receive the award.

Sachin Tendulkar played his last Test match against the Windies at Wankhede Stadium in Mumbai on November 16, 2013.