Watch: Sachin Tendulkar Reveals His "Combo For A Life-Time". It Involves His Bat

In a video shared on social media, Sachin Tendulkar can be seen cleaning the grip of his bat's handle with some music running on background. 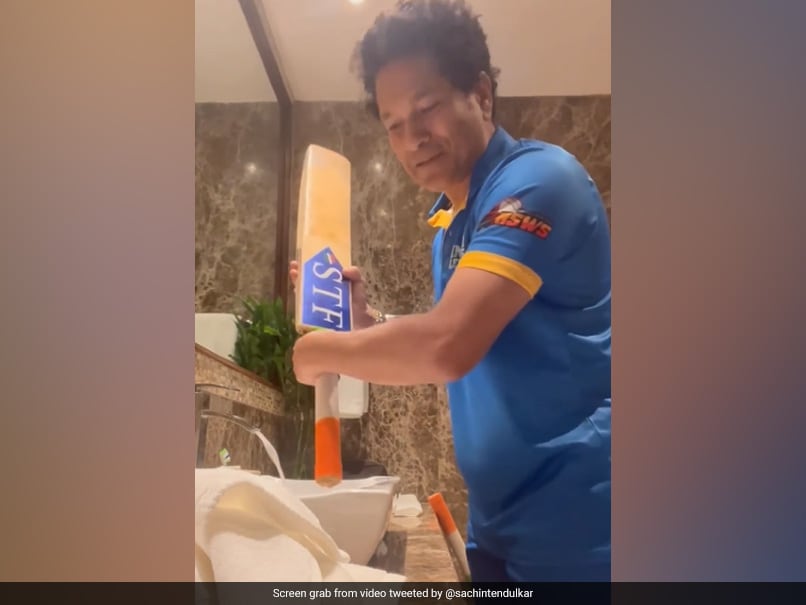 Sachin Tendulkar teaches fans how to clean the grip of a bat's handle properly.

Legendary India batter Sachin Tendulkar has been an idol for many people. Be it his performance on the field or his off-field actions, many have followed the former international batter religiously. Meanwhile, Tendulkar also understands the position he holds in the hearts of people and thus he makes sure he spreads positivity among his fans and followers. In a recent video uploaded on social media, Tendulkar has given a tutorial on how to clean the grip of a bat's handle.

In the shared clip, Tendulkar can be seen cleaning the grip of his bat's handle by applying soap on it and then using water with some music running on the background. Meanwhile, he advised the viewers to take out the process with extreme care in order to make sure the water doesn't wet the bat.

"Mujhe lagta nahi hai ye koi sikhata hai (I don't think anybody teaches this)," says Tendulkar in the video which has the caption: "Bats & music a combo for a lifetime!"

Talking about the work front, Tendulkar is currently playing in the ongoing Road Safety World Series T20 tournament. He is the captain of India Legends - one of the eight teams in the competition.

India Legends won their opening game against South Africa Legends by 61 runs. Tendulkar scored 16 runs off 15 balls in the game.

Sachin Tendulkar
Get the latest updates on Fifa Worldcup 2022 and check out  Fifa World Cup Schedule, Stats and Live Cricket Score. Like us on Facebook or follow us on Twitter for more sports updates. You can also download the NDTV Cricket app for Android or iOS.