Rohit Sharma is currently completing his quarantine period in Australia, and took to Instagram to wish his wife Ritika Sajdeh on her birthday. 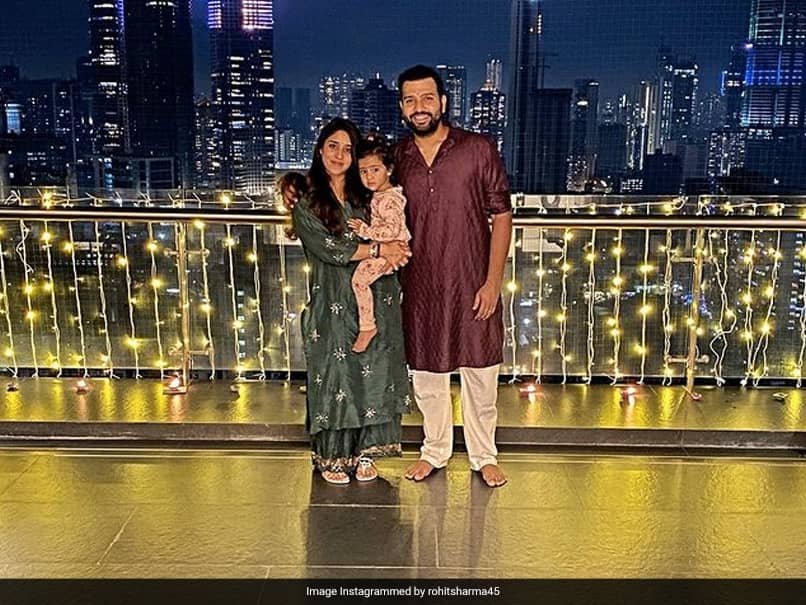 Rohit Sharma poses for a photo with his wife and daughter.© Instagram

Currently in Australia for India's ongoing four-match Test series, Rohit Sharma took to Instagram to share some adorable pictures with his wife Ritika Sajdeh on her birthday on Monday. The duo have been married since 2015, and also have a daughter. The swashbuckling batsman is currently in quarantine after reportedly flying to Australia on Tuesday. Posting five super cute photos, which included a few selfies, the 33-year-old captioned the post as, "Happy birthday darling, love you forever @ritssajdeh".

Rohit recently was on the receiving end of an injury during the Indian Premier League (IPL) 2020 in the United Arab Emirates (UAE). But he cleared his fitness test at the National Cricket Academy (NCA), Bengaluru, and will be available for selection after the completion of his quarantine period.

His return will be crucial for India, who lost the first Test match in a catastrophic manner, and will also be without captain Virat Kohli. The Indian skipper has been granted a paternity leave by the BCCI, and won't be available for the remaining three Test matches.

He and his wife Anushka Sharma are expecting their first child in January 2021.

Rohit's self-isolation period will end after the second Test match. The second Test of the four-match series will begin from December 26 at the Melbourne Cricket Ground.