"World Is A Better Place With You": Ritika's Birthday Wish For Rohit Sharma 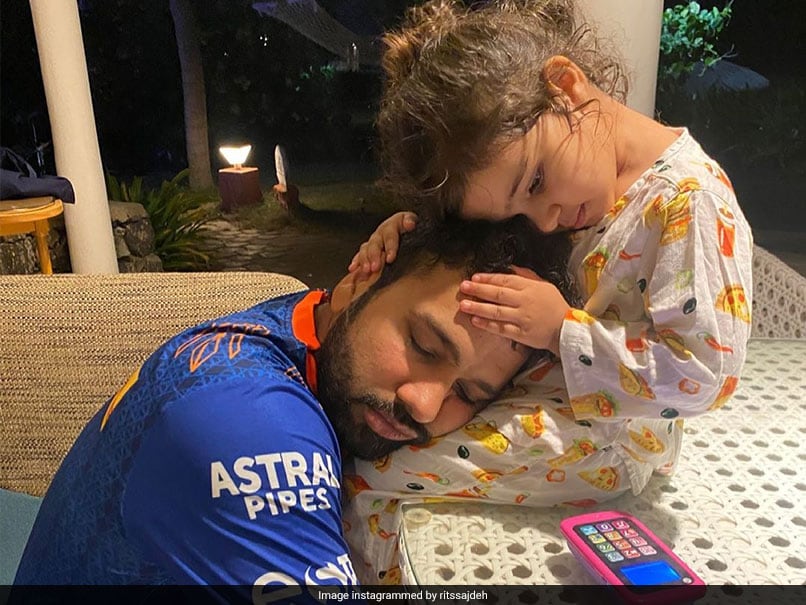 India opening batsman Rohit Sharma, who is celebrating his 34th birthday on Friday, was greeted with a special wish from his wife Ritika Sajdeh. Ritika took to Instagram to share an adorable pic of Rohit and their daughter Samaira. "Happiest birthday Ro You'll always be the best thing to ever happen to us. I can truly say the world is a better place with you in it," Ritika wrote on Instagram while extending birthday wishes to the Mumbai Indians skipper.

Rohit is currently in Delhi with his family for the ongoing Indian Premier League (IPL) 2021 where he is leading the defending champions - Mumbai Indians.

Happy Birthday @ImRo45 ! Have the most amazing day ahead.. lots of goodwishes! pic.twitter.com/1vLooPwETZ

Happy birthday Ro. Have a good one @ImRo45. pic.twitter.com/QZBR36z8rD

Rohit is the most successful captain in the history of IPL, winning the trophy a record five times while leading Mumbai Indians.

He was also a part of India's T20 World Cup winning squad in 2007 and played a crucial role in India's triumph during the 2013 Champions Trophy in England.

The prolific run-scorer is also the only batsman in the world to have hit three double-centuries in One-Day International cricket. Rohit also has four centuries next to his name in the T20I format.

Rohit's best knock this season came against Punjab Kings when he smashed 63 runs off 52 deliveries.