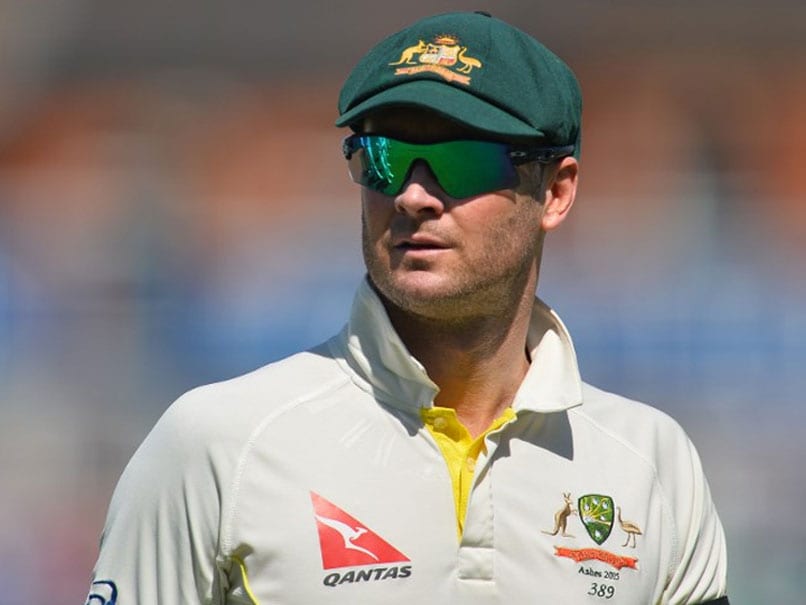 Michael Clarke's claims that Australian players "sucked up" to India and Virat Kohli to secure lucrative deals in the Indian Premier League (IPL) are ridiculous, say former top Indian cricketers. Clarke said last week that Australians were "too scared to sledge" skipper Kohli or other Indian players because of the influence of the world's wealthiest Twenty20 tournament. This year's Indian Premier League has been postponed indefinitely because of the coronavirus pandemic and may not be held at all.

"Just by being nice to someone doesn't get you a place in IPL," VVS Laxman, an advisor to the SunRisers Hyderabad team, told broadcaster Star Sports.

Teams look at a "player's calibre and value" to win matches, he said.

Krishnamachari Srikkanth, a former India captain and chief selector, said "you do not win matches just by sledging", referring to the on-field banter between players.

"His statement was ridiculous I would say," he added.

"If you ask Nasser Hussain or Sir Vivian Richards -- who are experienced players -- you can never score runs or get wickets through sledging."

Australia captain Tim Paine has also rejected his predecessor's assertion that some Australians went soft on Kohli during their 2018-19 encounters.

"I certainly didn't notice too many people being that nice to Virat or not trying to get him out or anything like that," Paine told ESPNcricinfo.

"I thought everyone who had the ball in their hand or when we were batting were trying their absolute best to win the game for Australia."

Australian players have attracted big money since the IPL started in 2008.

Paceman Pat Cummins is the most expensive overseas star this year, with Kolkata Knight Riders scheduled to pay $2.17 million for his services.

Clarke, who played for the now-defunct Pune Warriors in 2012, said Australian players were desperate for Indian riches.

"The players were like: 'I'm not going to sledge Kohli, I want him to pick me for Bangalore so I can make my $1 million for my six weeks", Clarke said on Sky Racing television.

Michael Clarke Krisnamachari Srikkanth VVS Laxman Tim Paine Cricket
Get the latest updates on ICC T20 Worldcup 2022 and CWG 2022 check out the Schedule, Live Score and Medals Tally. Like us on Facebook or follow us on Twitter for more sports updates. You can also download the NDTV Cricket app for Android or iOS.