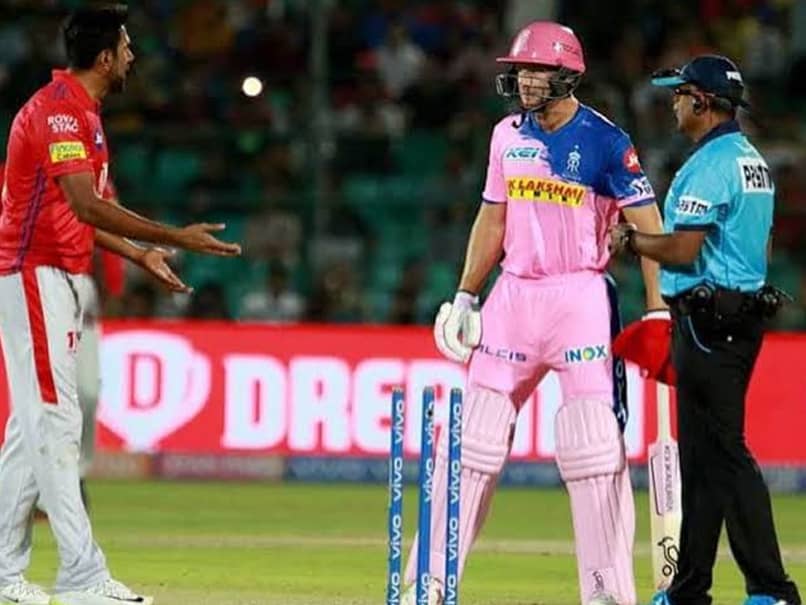 Ravichandran Ashwin engaged in a "good banter" with Indian Premier League (IPL) franchise Rajasthan Royals on the New Year's eve. The banter began when Rajasthan Royals took a dig at Ashwin's infamous 'Mankad' dismissal that rocked the IPL 2019. However, the credit of starting the banter goes to a fan who shared a picture of a special ball box, with 'Mankad' written on all of them. The Rajasthan based side, who were at the receiving end of Ashwin's infamous dismissal, wasted no time and tweeted, "No points for guessing who is adding this to their cart for #IPL2020".

No points for guessing who is adding this to their cart for #IPL2020 https://t.co/66sYUMosUp

Ashwin was also quick to respond and tackled the issue with great maturity. In fact, he won the little battle with his witty reply and also took the opportunity to wish them a Happy New Year.

"Might well be a good collection for the non strikers who meander along.  Good banter nevertheless. Wish you all a happy 2020," Ashwin replied.

Might well be a good collection for the non strikers who meander along. Good banter nevertheless wish you all a happy 2020. https://t.co/fqD9WOCHTL

In IPL 2019, Ashwin, playing for Kings XI Punjab, had mankaded Rajasthan Royals' Jos Buttler after he tried to steal some yards by backing too much at the non-striker's end even before the ball was bowled.

The incident caused  a lot of stir and left the fans and pundits divided. Some were in favour of Ashwin's conduct saying whatever he did was well within in his rights and legitimate as per the rules and regulations framed by the International Cricket Council, while others criticised him and even raised questions over his sportsman spirit.

Despite all the criticism he received for the incident, Ashwin has made his intentions for the IPL 2020 quite clear. Two days ago during a Q & A session on Twitter, when a fan asked him: "Who are the potential batsmen you can Mankad this IPL?", Ashwin replied by saying: "Anyone that goes out of the crease".

Ashwin, who led Kings XI Punjab in last two seasons of the IPL, will ply his trade for Delhi Capitals after he was traded before the annual auction in December.

Ravichandran Ashwin Cricket IPL 2020
Get the latest updates on India vs England Series, India vs England , live score and IPL 2021 Auction . Like us on Facebook or follow us on Twitter for more sports updates. You can also download the NDTV Cricket app for Android or iOS.