IPL 2020: How A Phone Call With Rashid Khan's Mother Stopped Him For Leaving Cricket

Rashid Khan, in a video, said that after getting dropped from the Afghanistan A squad, he thought of leaving cricket but a phone call to his mother changed Afghanistan spinner's mind and his career. 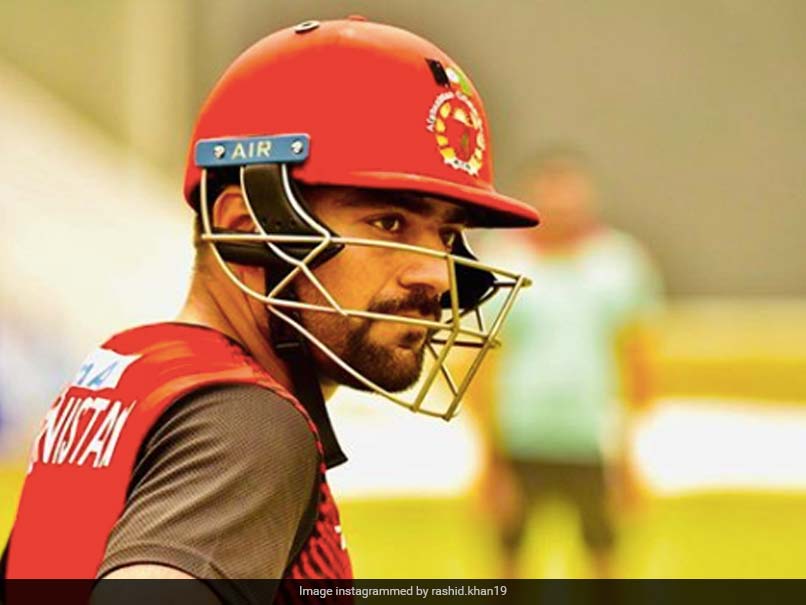 Rashid Khan is the number one ranked bowler in Twenty20 International cricket.© Instagram

Rashid Khan, one of the best leg-spinners in the trade, bowled the most economic spell in the ongoing Indian Premier League 2020 on Tuesday. Afghanistan's Rashid Khan gave away just seven runs and picked up three wickets in his spell of four overs against Delhi Capitals at the Dubai International stadium. On Wednesday, SunRisers Hyderabadtook to Twitter to share a video in which Rashid talks about his cricketing journey. In the video, Rashid revealed that he once thought about leaving cricket after getting dropped from a squad without getting a game but when he spoke to his mother, her words changed his mind and he went back to domestic cricket with a performance that got him into the national team.

"I was picked in Afghanistan-A team, I joined the camp but did not get any games. I was dropped from the squad. I was about to leave cricket as well. My brother was really angry and he told me you should leave cricket and go focus on your studies," Rashid said.

"I then called my mother and she told me to just go and enjoy your game. Whatever the result is, if you don't make it tomorrow, you will make it some day," Rashid recalls.

Things turned for Rashid Khan as he went back to domestic circuit and picked up 21 wickets in just three matches, a performance that saw him break into the national squad.

"Then there was a domestic competition and I got 21 wickets in three matches. When I performed there, I got an opportunity in the national team in 2015," Rashid mentioned.

The Afghanistan spinner also recalled the first series he played in Dehradun against Bangladesh and said that the crowd support was exceptional thanks to the Indian Premier League.

"We were playing a series against Bangladesh in Dehradun. There were almost 25,000 people in the crowd. For the first time we had that many people for an Afghanistan game and they came because we played IPL," he said.

Sunrisers Hyderabad Rashid Khan Cricket IPL 2020
Get the latest updates on Fifa Worldcup 2022 and check out  Fifa World Cup Schedule, Stats and Live Cricket Score. Like us on Facebook or follow us on Twitter for more sports updates. You can also download the NDTV Cricket app for Android or iOS.