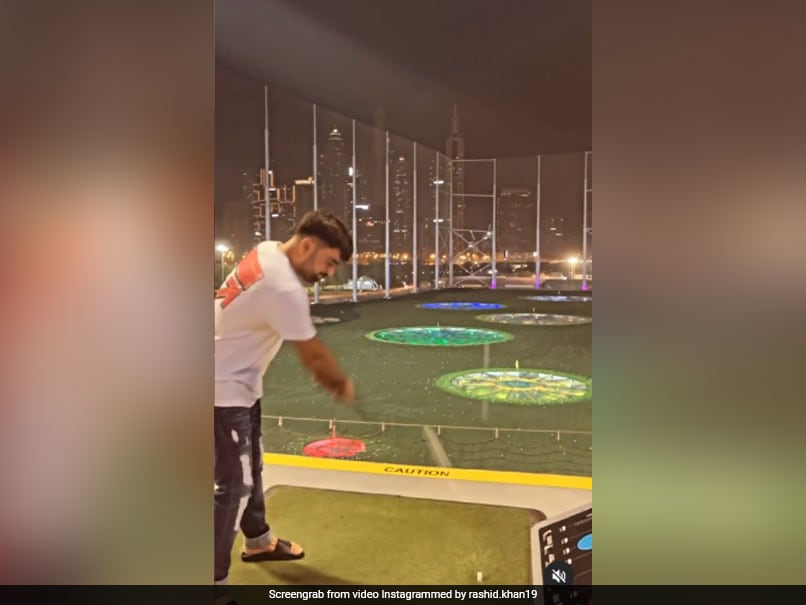 Afghanistan spinner Rashid Khan is one of the leading bowlers in the limited-overs format around the world, especially in the Twenty20 format. Ranked number two in the T20I bowlers' rankings, Rashid is also a handy batsman and can hit the ball a fair distance. Rashid, who plays for Adelaide Strikers in the Big Bash League (BBL), has shown glimpses of his batting prowess during Australia's T20 league. On Wednesday, the official handle of BBL took to Twitter to share a video in which Rashid can be seen acing MS Dhoni's signature 'helicopter shot' but while playing a different sport -- golf.

"The helicopter, but make it golf...  @rashidkhan_19 is special," the video was captioned on Twitter along with a helicopter and a golfing emoji.

The helicopter, but make it golf... @rashidkhan_19 is special! pic.twitter.com/ISnC3CRSlT

It is not the first time that Rashid has tried to replicate Dhoni's shot. The Afghanistan leg-spinner has tried his hand at the helicopter shot during a BBL game in 2019. Rashid, representing his franchise Adelaide Strikers, played the helicopter shot off Melbourne Renegades bowler Kane Richardson.

Last year, Rashid had posted a video of himself from one of Afghanistan's training sessions in which he was seen playing a unique helicopter shot behind the wickets. A traditional helicopter shot generally goes on the leg side around the mid-wicket and long-on region, but Rashid's shot went over the slip cordon.

On Tuesday, the Afghanistan Cricket Board named Rashid Khan as their new T20I captain. Soon after being named the skipper, Rashid, in his tweet, thanked the Afghan board and said it is a dream journey where support of the fans will be the key.