Rashid Khan played the helicopter shot during a Big Bash League clash between the Adelaide Strikers and Melbourne Renegades on Thursday. 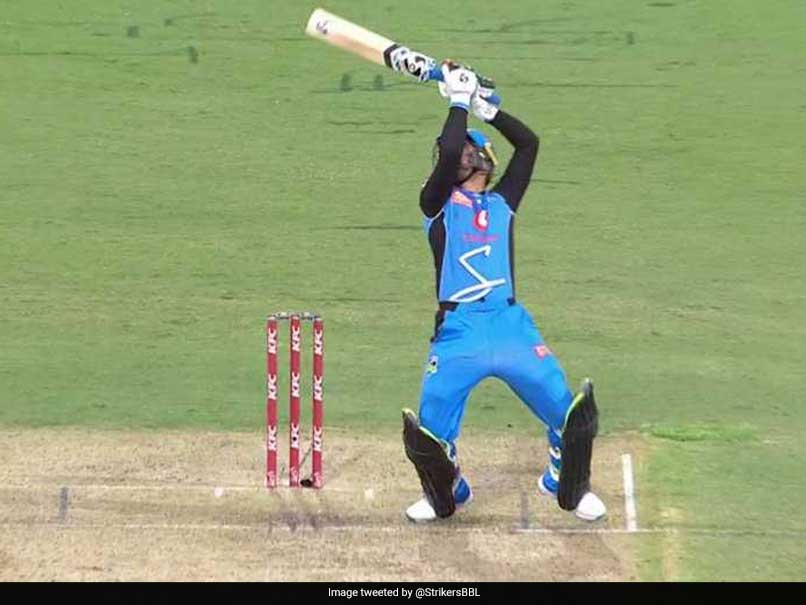 Rashid Khan, who played a Big Bash League game for his franchise Adelaide Strikers on December 31 in spite of his father's death, is back in the news for playing the MS Dhoni-style helicopter shot yet again. The last time Rashid Khan played the unique shot was during a T10 League encounter, and that had invoked applause from veteran batsman Virender Sehwag. This time around, he's done it in the Big Bash League during a match between the Melbourne Renegades and the Adelaide Strikers.

Watch this GIF doing the rounds on social media:

Rashid Khan, who walked out to bat at number eight for the Adelaide Strikers, smashed two boundaries and two sixes in his 21-run cameo, eventually taking his side to a fighting total of 158/6.

Previously, Rashid Khan had played the much-loved helicopter shot during a match between the Maratha Arabians and the Pakhtoons of the T10. He had smashed a full-length delivery from Pakistani fast bowler Mohammad Irfan.

On December 31, Rashid Khan announced his father's death on Twitter, saying, “Today I lost the most important person in my life,father-the everlasting candle.Inna lillahi wa inna ilayhi raji'un. Now I know why u always asked me to be strong,bcz u knew that today I would need the strength to bear your loss. Will be always in my. I miss u #plztalktomeOnce,” he wrote.