Vidarbha clinched victory by an innings and 11 runs against Kerala in the semi-final. 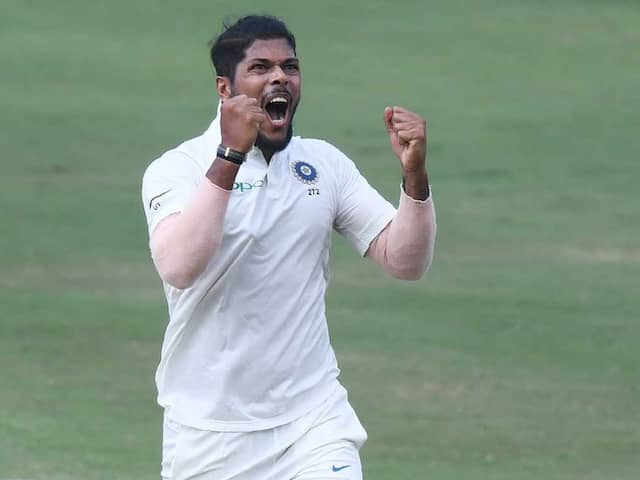 Umesh Yadav stole the show with a match haul of 12/79 as defending champions Vidarbha routed Kerala by an innings and 11 runs on the second day of the Ranji Trophy semi-final in Wayanad on Friday. In the process, they reached the final for the second consecutive year. On the contrary, Kerala qualified for the semis for the first time. Umesh continued his superb form by adding five wickets to his first innings haul of 7/48 as Vidarbha skittled out Kerala for 91 in the second innings.

The match was sealed a little after lunch on the second day of the five-day semi-final tie.

Besides Umesh, Yash Thakur also returned impressive figures of 4/28 as Kerala collapsed from 59/1 to 66/7 in the space of five overs.

After lunch, Umesh accounted for two more wickets to complete the rout.

It did not begin poorly for Kerala as Arun Karthick batted aggressively against Umesh and fellow pacer Rajneesh Gurbani.

Umesh then got Saxena caught behind by Wadkar.

Vishnu Vinod also struggled against Umesh's pace and edged one to the slip cordon.

Yash Thakur got rid of Karthick with a delivery that came in while captain Sachin Baby was run out as Kerala looked down the barrel.

Earlier, the Kerala bowlers did well to restrict Vidarbha to 208 as Sandeep Warrier took 5/57.

Vidarbha now await the winner of the other semi-final between Karnataka and Saurashtra being played in Bengaluru.

In the second semi-final match, Saurashtra were at 227/7 and are trailing by 48 runs in the first innings at stumps on the second day against Karnataka.

Aarpit Vasavada (26) was at the crease when umpires called off the day's play.

Snell Patel (85), Sheldon Jackson (46) and Cheteshwar Pujara (45) were the highest scorers for Saurashtra.

Umesh Yadav
Get the latest updates on IPL 2020, check out the IPL Schedule for 2020 and Indian Premier League (IPL) Cricket live score . Like us on Facebook or follow us on Twitter for more sports updates. You can also download the NDTV Cricket app for Android or iOS.