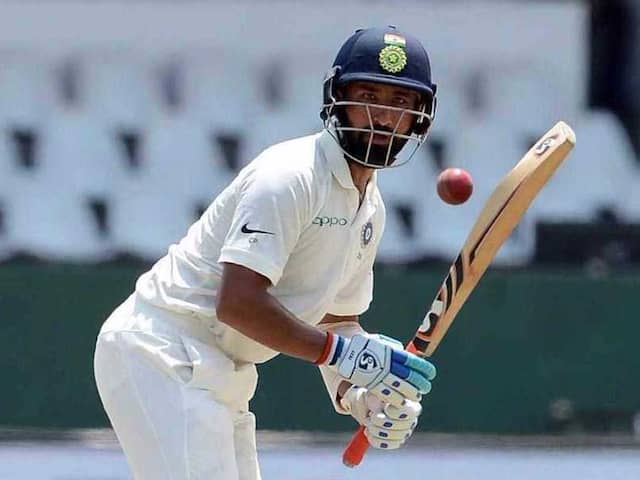 Cheteshwar Pujara didn't get due credit for the victory.© AFP

Cheteshwar Pujara had received high acclaim for his resolute batting in India's first-ever Test series win in Australia in December 2018. However, the 31-year-old Test specialist disappointed some cricket fans on Monday after he escaped a few dismissals during the Ranji Trophy semi-final against Karnataka in Bengaluru. Cheteshwar Pujara scored an unbeaten 131 to help Saurashtra beat Karnataka by five wickets to set up a summit clash against Vidarbha, to be played from February 3. But while walking off the ground at the tea break, Pujara was called "cheater" by a group of spectators.

Not the best way to send the best player off for a tea break! Can't say he deserved it, but @cheteshwar1 escapes many many umpiring errors and stays on! #Pujara #CheaterCheater #NobodyEscapesChinnaswamyLove @RanjiKarnataka pic.twitter.com/YLxQzHmSYn

Pujara didn't get due credit for the victory as he was given not out by the on-field umpire after he nicked a ball straight to the wicket-keeper Srinivas Sharath.

After getting a lifeline in the first innings, Pujara edged one behind in the second innings too when he was on 34. The umpire adjudged him not out. Fast bowler R Vinay Kumar, who had started celebrating the wicket, walked up to the umpire for a small discussion. While the umpire was determined on his decision, Pujara's character was highly criticised by the fans.

After opting to bat, Karnataka rode on half-centuries by Manish Pandey, Shreyas Gopal and Srinivas Sharath to post 275 in their first innings.

Jaydev Unadkat picked up four wickets for Saurashtra, while Kamlesh Makvana chipped in with three scalps.

Gopal struck a fifty in the second innings to take Karnataka to 239, with a lead of 278 runs.

Pujara and Sheldon Jackson scored a century each to help Saurashtra chase down the target with five wickets in hand.