"You Made Me Phil Jones Of RR": Rahul Tewatia's Hilarious Reaction To Rajasthan Royals' Post

All-rounder Rahul Tewatia posted a hilarious reaction to a post by Rajasthan Royals that had Tewatia's pictures just as he prepared to play a shot. 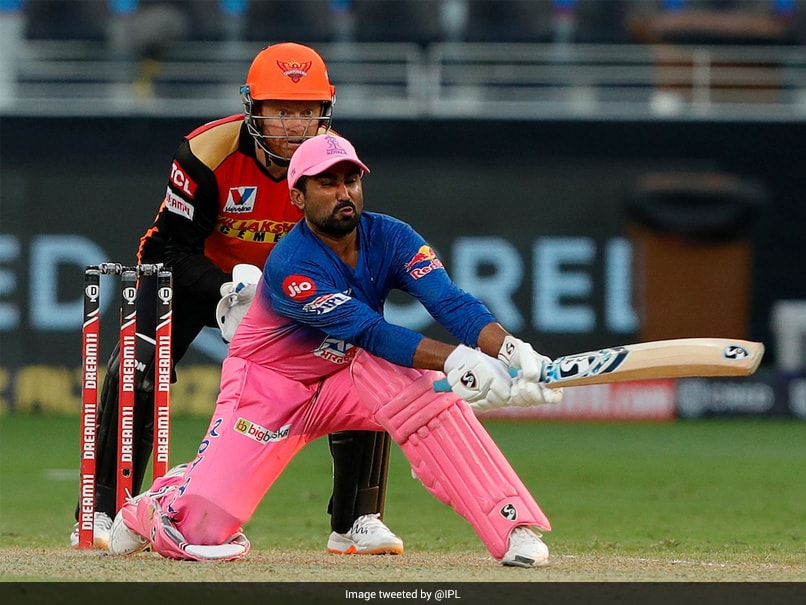 Rahul Tewatia scored 255 runs and got 10 wickets for Rajasthan Royals in IPL 2020.© IPL/Twitter

Rahul Tewatia posted an amusing reaction to a photo album with his pictures posted by Rajasthan Royals, saying the Indian Premier League franchise had likened him with Manchester United defender Phil Jones. Tewatia was captured playing sweeps, reverse sweeps and scoop shots even as his face contorted into an expression best matched by one of the many expressions that Jones has given out in the field. "You made me Phil jones of RR," wrote Tewatia, replying to RR's tweet. Tewatia was one of the positives for RR in a dismal IPL 2020 campaign that saw them finish at the bottom of the table.

You made me Phil jones of RR @rajasthanroyals

The all-rounder scored 255 runs, which included a match-winning 53 off 31 against Kings XI Punjab when he hit five sixes in an over off Sheldon Cottrell, and 10 wickets with his leg spin from 14 matches.

Despite Tewatia's contributions, RR ended the season on a dismal note. They won only six of their 14 matches and also had the lowest net run rate of all teams at -0.569.

Led by Steve Smith, RR had big-ticket players like Jos Buttler, Ben Stokes and Jofra Archer but the big names could not click together consistently as Rajasthan found themselves chasing other teams in the second half of the tournament.

Manchester United Phil Jones Cricket
Get the latest updates on Olympics 2020, Olympics 2020 Medal Tally , Live Cricket Score . Like us on Facebook or follow us on Twitter for more sports updates. You can also download the NDTV Cricket app for Android or iOS.