Pakistan vs West Indies: But much to Shai Hope's disappointment, his innings was cut short due to a great effort on the field by Pakistan's Khushdil Shah. 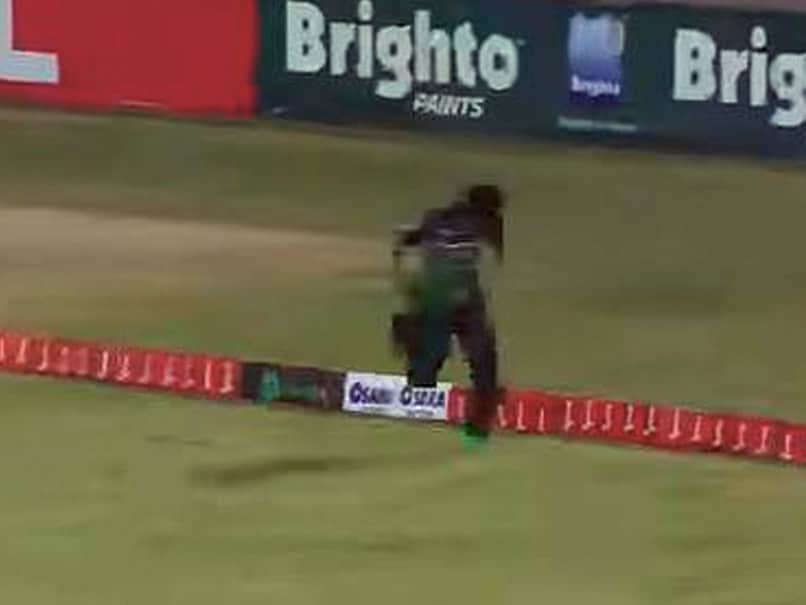 Shai Hope has been West Indies' top batter in white-ball cricket for a while now. The opening batter looks a class apart and made his presence felt in the recently concluded 3-match ODI series against Pakistan, despite the Caribbean side going down 0-3. Hope started the series with a bang, scoring 127 runs. But his efforts failed to inspire West Indies to a win.

He failed in the second match of the series but was looking good in the third as he gave the Windies a strong start in their chase of the 270-run target.

But much to his disappointment, his innings was cut short due to a great effort on the field by Pakistan's Khushdil Shah.

Hope pulled a short delivery from Hasan Ali towards the square leg boundary and it looked like the ball would sail over the fence.

But Khushdil ran a long distance along the boundary rope and pouched the catch at the right moment, much to the delight of his teammates.

Leg spinner Shadab Khan picked up 4 wickets to add to his innings of 86 to help Pakistan win the match and complete a 3-0 clean sweep.

Babar Azam Cricket
Get the latest updates on ICC T20 Worldcup 2022, check out the Schedule and Live Score. Like us on Facebook or follow us on Twitter for more sports updates. You can also download the NDTV Cricket app for Android or iOS.