Shadab Khan was asked by a reporter if he misses Hasan Ali, given his friendship with the pacer 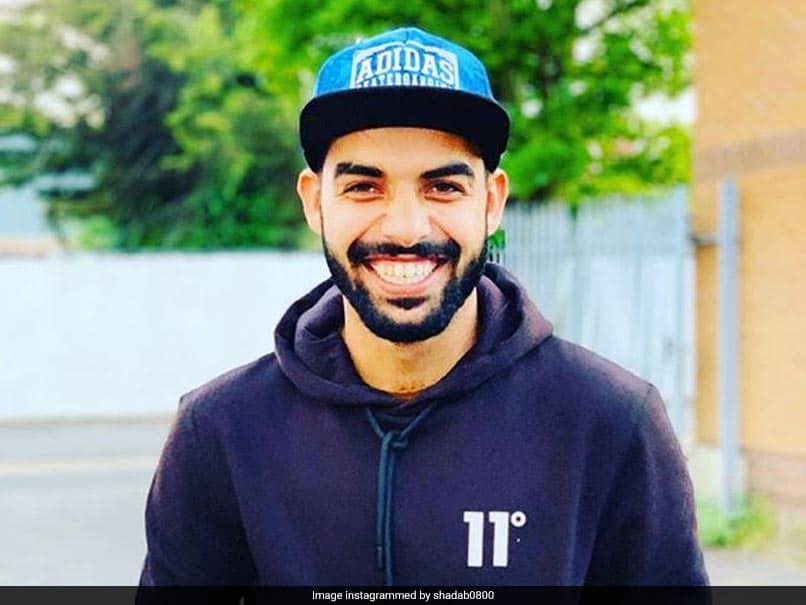 Pakistan spinner Shadab Khan left reporters in splits with his hilarious reply after he was asked a question about pacer Hasan Ali at a press conference. Hasan Ali was ruled out of the ongoing ODI series against Sri Lanka with a back spasm. "You have a good friendship with Hassan Ali and this is probably the first time you are playing a series without him. How do you feel without your friend?" a reporter asked Shadab Khan. Shadab Khan broke into a big smile before delivering his wrong 'un.

"We are friends, but you are making it sound like we are husband and wife," he said, much to the amusement of all the reporters at the presser.

Dekh @RealHa55an, humari dosti pressers mai bhi aa gayi hai. On a serious note, all the team is in good spirit for the #PAKvSL series, we will try to give it our all. #PakistanZindabad pic.twitter.com/r9yEidPjpC

"Of course I am missing him. He has been playing for the team for a long time, so not just me, the whole team is missing him," Shadab said after the laughter died down.

"He is a cheerful guy and keeps joking around in the dressing room which brings up the team's morale. We are all missing him," the leg-spinner added.

Shadab's witty reply not only humoured the journalists but also earned him praise on Twitter, where he shared the video.

One user wrote "great thing about this mickey's developed team is that they r confident in facing journos at press conferences."

Pakistan are currently hosting Sri Lanka in a three-match ODI series. Sri Lanka sent a depleted squad, with the likes of Lasith Malinga, Dimuth Karunaratne and Angelo Mathews opting out of the Pakistan tour due to security concerns.

The first match of the series in Karachi was washed out.