Pakistan vs Australia: Zahid Mahmood got his maiden ODI wicket as he sent Aaron Finch back to the hut. Wicketkeeper Mohammad Rizwan took a catch as the ball popped out of his gloves, but he managed to hang on and Pakistan got their first wicket. 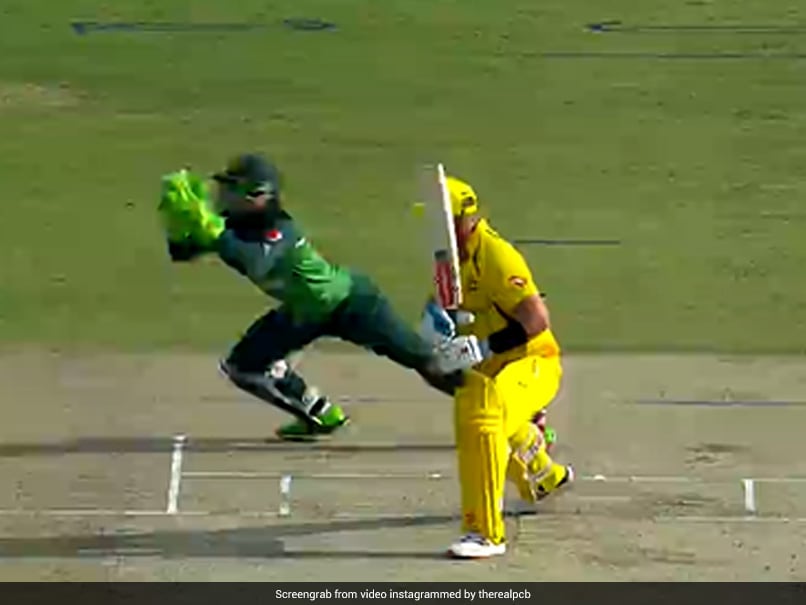 Pakistan vs Australia: Rizwan takes the catch to send back Aaron Finch

Pakistan and Australia are at it again as both teams are squaring off in the first ODI of the three-match series at the Gaddafi Stadium in Lahore. Last week, Australia won the Test series 1-0 and now the visitors would be hoping to replicate the success in the white-ball leg. After being sent to bat, Australia got off to a fast start as they posted 100 runs inside the first 14 overs. However, Pakistan came back into the contest after dismissing skipper Aaron Finch in the 15th over of the innings.

Zahid Mahmood got his maiden ODI wicket as he sent Aaron Finch back to the hut. Wicketkeeper Mohammad Rizwan took a catch as the ball popped out of his gloves, but he managed to hang on and Pakistan got their first wicket.

The ball was a legbreak and it was tossed up outside off, Finch went forward to defend it, but he managed to get an edge. The ball first hit the wrists of Rizwan and it popped up, but the Pakistan keeper was up to the challenge and he caught the ball on the rebound.

Watch: Rizwan's catch to send Aaron Finch back to the hut

Earlier, Pakistan won the toss and opted to bowl first. Australia got off to a rolicking start as openers Finch and Travis Head were at their best. Finch departed after scoring 23 but he was involved in an 110-run opening stand.

Travis Head is on fire for the visitors and he is nearing his ton. The left-handed batter was at his aggressive best and he was able to find boundaries at will.

Earlier, Australia had won the third Test of the three-match series and they won the series against Pakistan 1-0.

Sponsored by Vuukle
Comments
Topics mentioned in this article
SA

Aaron Finch Travis Head Cricket
Get the latest updates on Fifa Worldcup 2022 and check out  Fifa World Cup Schedule, Stats and Live Cricket Score. Like us on Facebook or follow us on Twitter for more sports updates. You can also download the NDTV Cricket app for Android or iOS.