Virat Kohli's fan following comes to the forefront as even Pakistan fans vote for him. 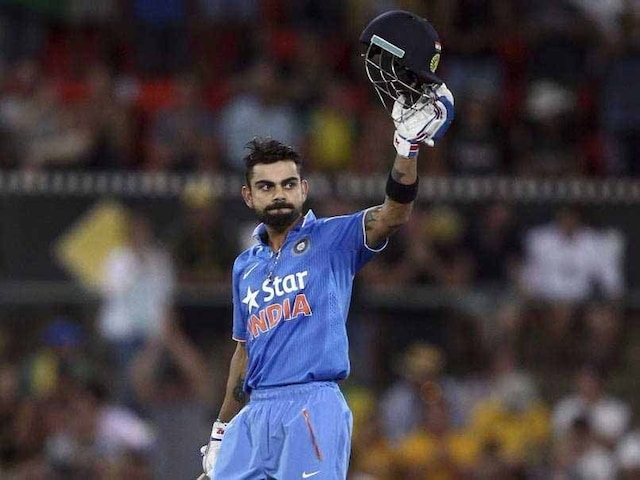 There is little doubt that Indian captain Virat Kohli is respected and admired for his batting prowess across the world -- but to what extent? Will fans from other countries choose Kohli over one of their own? The answer that came from Pakistan fans was an overwhelming 'yes'. A Twitter account by the name of 'All Pakistan Memes' conducted an experiment earlier where they asked fans to choose between Pakistan opener Ahmed Shehzad and the Team India skipper. Fans were asked to 'retweet' if they thought Shehzad was better and 'like' if they felt Kohli was their man.

What happened next just goes to show the love and admiration fans from other nations have for Kohli.

At the time of writing this article, there were 320 'retweets' for Shehzad while nearly 6,500 'likes' for the Indian run-machine.

There were also over 200 replies on the post with most Pakistan fans making it clear that Kohli was head and shoulders above any Pakistan batsman.

No comparison tbh! Kohli is a world class player!

It would've been better to compare Ahmad with Umar Akmal

THIS IS SO DISRESPECTFUL TO VIRAT KOHLI

Kohli is way better
We all in pakistan know that

Kholi all the way, coz he loves n lives for what he do, unlike shahzad.

One might remember that when an Australian journalist tried to troll Kohli during the Independence Cup, played between the World XI and Pakistan, fans from across the border came out in support of the Indian captain and took the troll to task.

Sweepers clean the stadium in readiness for the World XI match pic.twitter.com/QWzzW13OFc

Think this is very ill quoted, @imVkohli is legend and will remain one #WorldXI welcome to Pak

I reject this nonsense , respect for big names ,big players of cricket ,from Pakistan.

We love cricket, we love these legends. Respect from Pakistan.

Kohli has been in red-hot form from India. Despite being dismissed for a duck in the first ODI against Australia, the 28-year-old came roaring back by smashing a brilliant 92 to help the hosts beat the Aussies by 50 runs and take a 2-0 lead.

Comments
Topics mentioned in this article
India Cricket Team Pakistan Cricket Team Ahmed Shehzad Virat Kohli Cricket
Get the latest Cricket news, check out the India cricket schedule, Cricket live score . Like us on Facebook or follow us on Twitter for more sports updates. You can also download the NDTV Cricket app for Android or iOS.