Colin de Grandhomme will miss the Test series against Pakistan due to a bone stress reaction in his right foot. 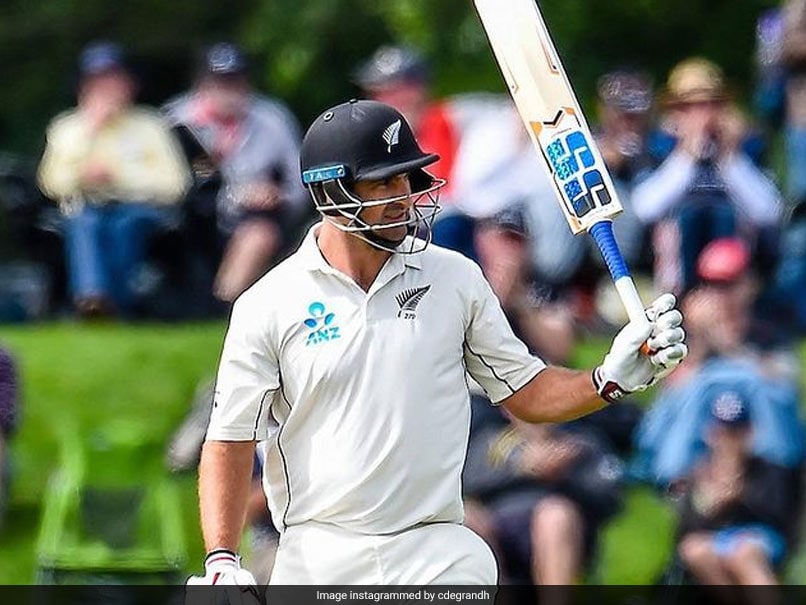 New Zealand all-rounder Colin de Grandhomme has been ruled out of the upcoming Test series against Pakistan with a foot injury. New Zealand will face off against Pakistan in ICC World Test Championship fixtures slated to begin from December 26 in Mount Maunganui after the conclusion of the T20I series. De Grandhomme had also missed the recently concluded Test series against the West Indies. New Zealand coach Gary Stead confirmed his absence and said the all-rounder had a bone stress reaction in his right foot and wouldn't be ready for either the Boxing Day Test or the second Test in Christchurch.

"We haven't been able to get him up to running stage and ultimately bowling as well. He's looking like, hopefully, a mid-January return to play in the Super Smash," Stead said in a video posted on the New Zealand cricket team's official Twitter handle.

Fast bowler Lockie Ferguson is also likely to miss the Pakistan series as coach and medical staff await results of scans. After his heroics in the T20I series against the West Indies, Ferguson had reported back pain and scans had revealed a bone stress injury of his lumbar spine.

"He's had some scans with his back and we intend on getting those results today, meeting with him tomorrow and we'll give an update after that once we've had the chance to speak to Lockie," said Stead.

Meanwhile, the wait for skipper Kane Williamson, who had missed the second Test against West Indies, to return to the set-up continues.

"There's no update on baby news so we'll let them carry on as is, but the plan still is at this stage that he will join the team for T20s two and three," Stead said.

The first T20I between New Zealand and Pakistan will be played in Auckland on Friday.

Lockie Ferguson Cricket
Get the latest updates on SA vs IND 2021-22, check out the Schedule and Live Score . Like us on Facebook or follow us on Twitter for more sports updates. You can also download the NDTV Cricket app for Android or iOS.