My Life Does Not Revolve Only Around Cricket, Says Shikhar Dhawan 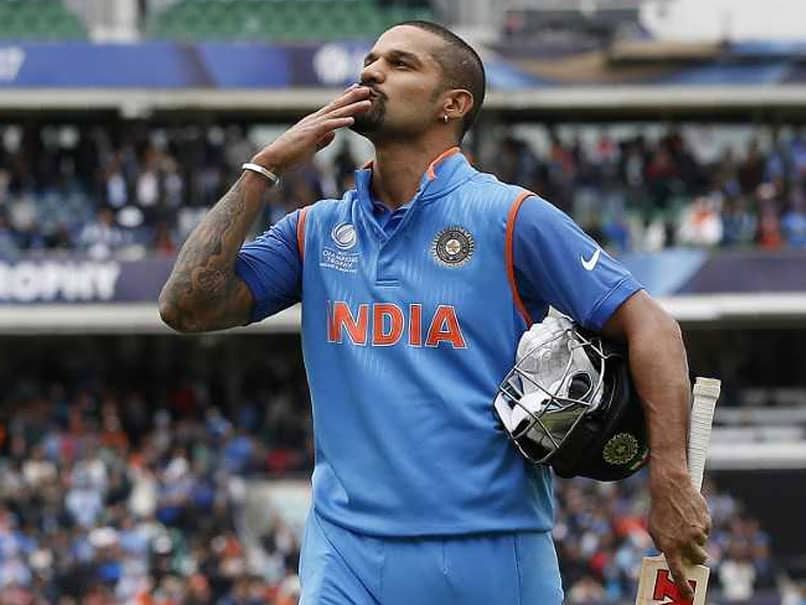 India's star opening batsman Shikhar Dhawan, in a candid conversation with Gaurav Kapoor in the famous web series Breakfast with Champions, spoke about various aspects of his cricketing life and how he copes up whenever he is dropped from the national team. In the latest edition of the web series, Dhawan spoke about how, in time, he has realised that his life does not revolve only around cricket. He further mentioned that whatever situation he lands in, his primary goal is to stay happy.

"If I'm destined to play for the national team then the opportunity will come my way," Dhawan said about the times when he is dropped.

"It is an eye opener when you get dropped from the team. When I was benched I realised that my life does not revolve only around cricket, I have different aspects as well. Family is the most important aspect to my life," Dhawan added.

"I don't think much. My main goal in my life is to remain happy and it is very important for me to stay like that," Dhawan said with a smile.

Dhawan, who made his One Day International (ODI) comeback in the team in 2013, has had a very fruitful five years till now. He recalled how during that time, when he was not included in the team, he introspected and realised that he has a very fulfilling life beyond cricket.

"When I'm dropped I often ponder about what is more important for me. Since I've already played for India (not that I don't have cricket left in me, I have lots of cricket left in me), what else it left? Do I remain sad and crib about being dropped or do I move on."

Meanwhile, Dhawan said that whenever he is dropped, he speaks to his wife about it as she is a strong character and helps him during troubled times.

Shikhar Dhawan Cricket
Get the latest updates on India vs Australia Series, check out the India vs Australia Schedule for 2020-21 and Ind vs Aus live score . Like us on Facebook or follow us on Twitter for more sports updates. You can also download the NDTV Cricket app for Android or iOS.