MS Dhoni added to his collection of cars with a Jeep Grand Cherokee Trackhawk last month. 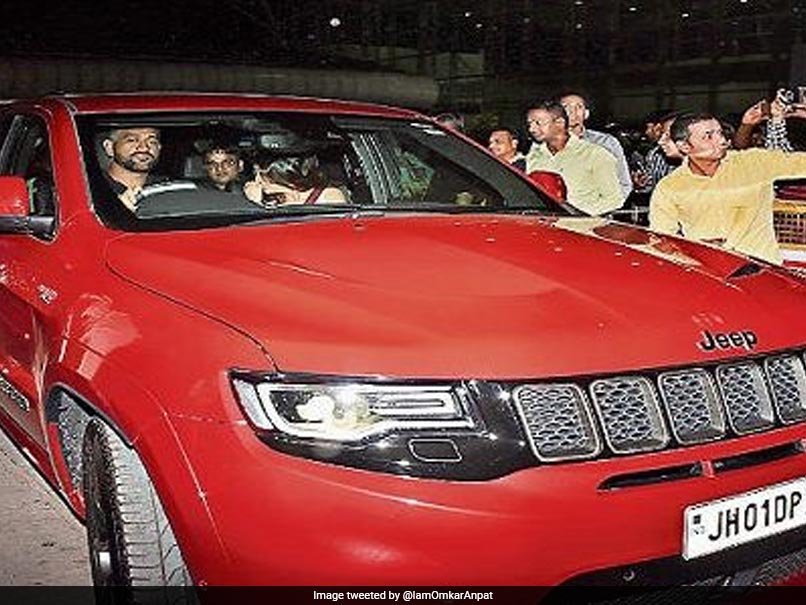 MS Dhoni knows how to be in the headlines even when he is not a part of the Indian cricket team in the ongoing series against South Africa. Away from the cricketing action, MS Dhoni was recently spotted driving his "red beast" -- the Jeep Grand Cherokee Trackhawk -- a midsize SUV which boasts a Supercharged 6.2L HEMI V8 engine. MS Dhoni, who is fond of cars and bikes, added to his collection of cars with the brand new Jeep Grand Cherokee Trackhawk last month.

Last month, Sakshi Dhoni had posted a picture of MS Dhoni's "newest toy" on her Instagram account. According the post, Dhoni's Jeep Grand Cherokee Trackhawk, is the first of its kind in India.

MS Dhoni's love for cars and motorbikes is well documented. He is the owner of several high-end vehicles including Ferrari 599 GTO, Hummer H2, the GMC Sierra.

In two wheelers segment, Dhoni has some great additions like Kawasaki Ninja H2, Confederate Hellcat, BSA, Suzuki Hayabusha and a Norton Vintage beside several other bikes.

Dhoni had taken a two-month sabbatical from cricket after India lost the semi-final against New Zealand in the World Cup 2019. The break saw him opt out of the West Indies tour. Following that, he was not included in India's squad for the Twenty20 International (T20I) series against South Africa.