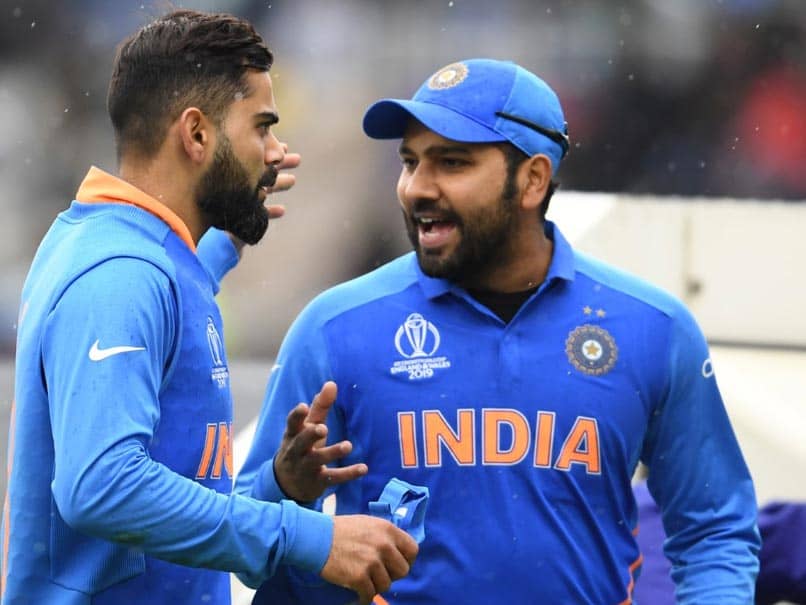 Virat Kohli as captain has a win percentage of 75 in One-Day International cricket.© AFP

Virat Kohli was exceptional in Mohali as he brought up his 22nd Twenty20 International (T20I) fifty to help India beat South Africa in the second T20I on Wednesday. While Virat Kohli has been scoring a lot of runs in international cricket, his captaincy skills are often questioned by former cricketers. Gautam Gambhir, former India opening batsman, on Thursday questioned Virat Kohli's skills as captain and said that former India captain MS Dhoni and Rohit Sharma play a vital role in Kohli's success at international level.

"Still a long way to go for him (Kohli). Kohli was very good in the last World Cup (in England) but he has a long way to go. He captains so well in international cricket because he has got Rohit Sharma, he had MS Dhoni for a long time," Gambhir said.

MS Dhoni is considered as one of India's greatest captains having won two World Cups while Rohit has been a very successful franchise skipper leading Mumbai Indians to an unprecedented four Indian Premier League (IPL) titles.

Citing Kohli's record in the IPL, Gambhir said a skipper's effectiveness is tested when you don't have the services of several talented players.

"Captaincy credentials are noticed when you are leading a franchise, when you do not have other players supporting you," said Gambhir, who led Kolkata Knight Riders to two IPL titles.

"I have been honest whenever I have spoken about this. See what Rohit Sharma has achieved for Mumbai Indians, see what Dhoni has achieved for Chennai Super Kings. If you compare that with RCB, the results are there for everyone to see," Gautam Gambhir added.

"I think KL Rahul has been given a longer run. It is time for Rohit to open the batting in Test cricket. If you pick him in the squad, he has to be a part of the playing XI. If he does not fit your playing XI, no point in picking him in the squad of 15 or 16. He is too good a player to be sitting on the bench," Gambhir concluded.