MS Dhoni Runs Away As Armaan Malik Calls Him On Stage, Sakshi Brings Him Back. Watch Video

MS Dhoni has been out of cricket action for a long time but is frequently seen on social media posts. 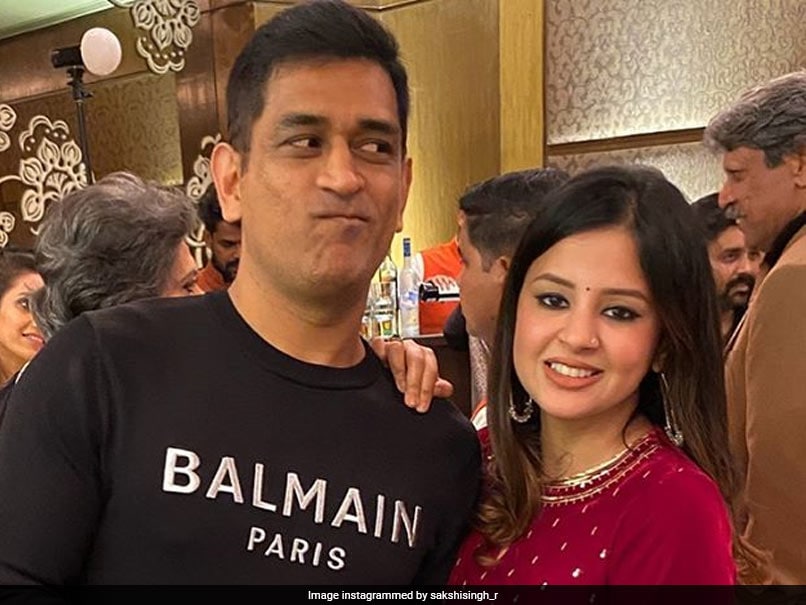 MS Dhoni was persuaded to go on stage by his wife Sakshi.© Instagram

Singer Armaan Malik invited MS Dhoni on stage with him while singing at an event recently, but the former India captain hilariously ran back into the crowd. But his wife Sakshi had other ideas and after some convincing from her, Dhoni decided to join the singer on stage. In a video shared on Instagram, MS Dhoni is seen going up to Armaan Malik and shaking his hands. After Dhoni shakes his hand, Malik invites him on stage, but MS Dhoni quickly retreats into the crowd despite some insistence from Sakshi to oblige.

Malik then assures the gloveman that he won't have to sing and after some more convincing by Sakshi, Dhoni finally gets on stage. Sakshi also joins him on stage and Malik, in a sweet gesture, sings his song "Kaun Tujhe" that he originally performed for the wicketkeeper-batsman's biopic "MS Dhoni: The Untold Story".

One of the most adorable video that tugs our heartstrings! Armaan Malik dedicates 'Kaun Tujhe' from MS Dhoni the Untold Story for Mahi and Sakshi . . #MSDhoni #Sakshi #MahiWay #Dhoni

The crowd breaks into applause after Malik sings a verse from the song.

MS Dhoni impressed social media with his singing skills when a video was shared of him singing an old Hindi song on karaoke at a party at his home in December last year.

The former India skipper has not played international cricket since India made a semi-final exit from the World Cup 2019 in July. However, he has kept social media abuzz with various appearances that are met with great enthusiasm from his huge fan base.

He has also been dropped from BCCI's centrally contracted players' list.