MS Dhoni has been active on social media but his reappearance on the cricket field is a mystery which is yet to be unraveled. 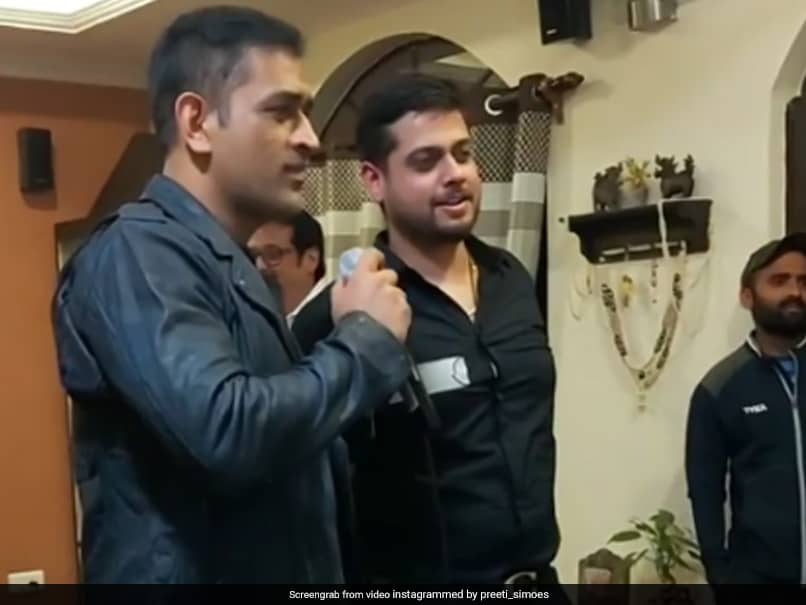 MS Dhoni turned singer during a party he hosted in Ranchi.© Instagram

MS Dhoni, amid widespread uncertainty over his cricketing future, continues to rule social media for various reasons. While some fans are curious to know what he has in mind about his future, others are interested in knowing what he is doing during his time away from the field. For those anxious fans, an Instagram user posted a video providing them with a glimpse of Dhoni enjoying quality time with family and friends. In the video, Dhoni can be seen singing an old Hindi song with a friend on Karaoke. Earlier in the day, Punjabi actor and singer Jassi Gill took to Instagram to thank Dhoni and his wife Sakshi for playing wonderful hosts and making his trip "unforgettable".

In the video, while everybody lent their ears when Dhoni was humming the lyrics, the audience burst out laughing as soon as his duet partner started singing the song.

The former India skipper has not played international cricket since India made a semi-final exit from the World Cup 2019 in July. He initially took a two-month sabbatical from cricket to serve his territorial army unit in Kashmir.

The break saw him opt out of the West Indies tour. Following that, he was not included in India's squad for the Twenty20 International (T20I) series against South Africa and Bangladesh.

However, after the completion of his two-month break Dhoni was not included in the side as the national selectors said they are moving away from him and will groom young wicketkeeper Rishabh Pant with an eye on future.

Dhoni has not been included in the squads for the limited-overs series against the West Indies starting from December 6.