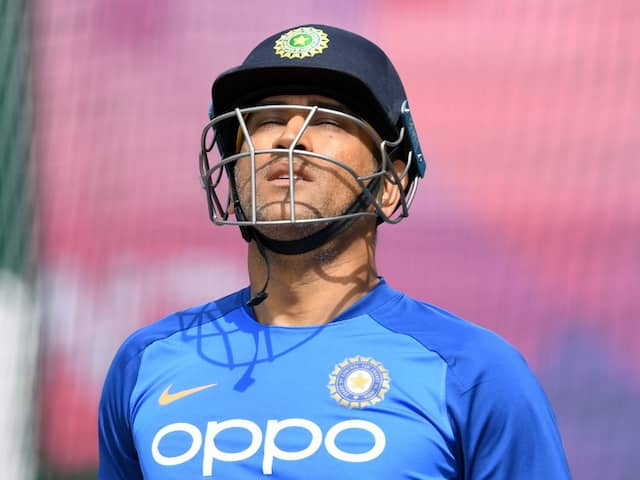 MS Dhoni last played a T20I for India in February 2019, against Australia in Bengaluru.© AFP

MS Dhoni's cricketing future has been a matter of speculation for quite some time now and Sourav Ganguly, the BCCI president, on Friday said that there is enough time to decide on veteran wicketkeeper's future. The former India skipper also added that there was "absolute clarity" among the team think-tank on how to deal with Dhoni's future. "There is clarity, but certain things cannot be said on public platform. There is absolute clarity on MS Dhoni and you'll find out in time," Ganguly said.

"There's transparency between the Board, MS and the selectors. When you deal with such champions - MS Dhoni is an unbelievable athlete for India - certain things have to be kept within the closed doors. It's very transparent and everybody knows where they stand," Ganguly added.

When Ganguly was asked to comment on India head coach Ravi Shastri's reported remarks that IPL 2020 will give a clear picture on Dhoni's future, he said, "we will see what happens, there's enough time. Of course it will get clear (within three months)."

On Wednesday, Dhoni had said that he will take a call on his cricketing future after January.

"January tak mat poocho (don't ask me till January)," Dhoni said at an event in Mumbai on Wednesday.

Then ahead of the T20I series against Bangladesh, the former India captain made himself unavailable for selection.

MS Dhoni Sourav Ganguly Cricket
Get the latest Cricket news, check out the India cricket schedule, Cricket live score . Like us on Facebook or follow us on Twitter for more sports updates. You can also download the NDTV Cricket app for Android or iOS.
Advertisement