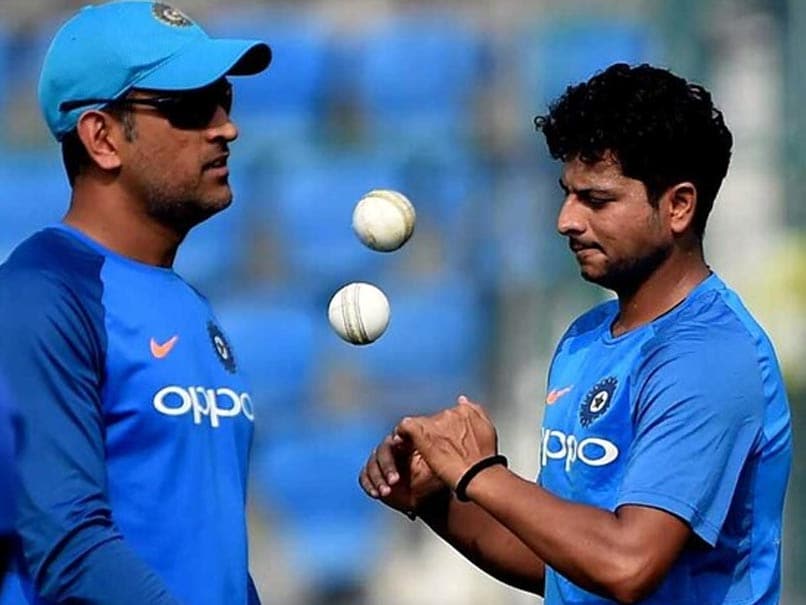 MS Dhoni is a part of the 15-member squad that will represent India at the World Cup 2019.© AFP

Kuldeep Yadav has quipped that MS Dhoni can falter with his suggestions, but that it's difficult to point that out to him. Kuldeep Yadav also added that Dhoni generally doesn't speak too much during matches, and only does so in between overs when he feels that it's necessary to do so. MS Dhoni has captained the Indian cricket team during their successful campaigns in the 2007 T20 World Cup in South Africa, and 2011 World Cup in India, Sri Lanka, and Bangladesh.

At the CEAT Cricket Rating Awards, Kuldeep Yadav said, "There are a lot of times he (Dhoni) goes wrong but then you can't say that to him."

"He doesn't speak much. He speaks only between overs if he thinks he needs to point out something."

MS Dhoni-led Chennai Super Kings (CSK) recently finished runners-up in the IPL 2019 after they lost to the Mumbai Indians in the final on May 12 at Hyderabad by one run.

Dhoni is also a part of the 15-member squad that will represent India at the World Cup 2019 at England and Wales. This will be his fourth World Cup participation.

India kick-start their World Cup campaign against South Africa on June 5 at the Rose Bowl Cricket Ground in Southampton.

MS Dhoni Cricket IPL 2019 World Cup 2019
Get the latest updates on T20 World Cup, check out the T20 World Cup Schedule and Live Score . Like us on Facebook or follow us on Twitter for more sports updates. You can also download the NDTV Cricket app for Android or iOS.