MS Dhoni, who has not played for India since the 2019 World Cup, was pictured playing billiards in Ranchi. 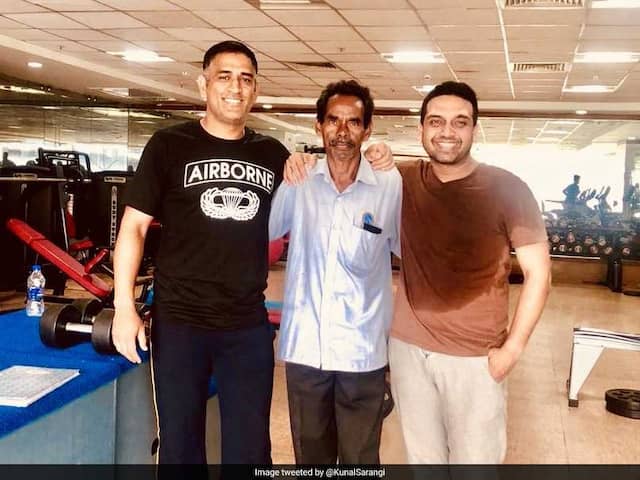 MS Dhoni, who has not made an appearance for India since the 2019 World Cup, seems to be enjoying his time away from game. After his time with the Indian army, MS Dhoni returned home to a brand new Jeep Grand Cherokee Trackhawk waiting in the garage. The pictures of MS Dhoni taking the midsize SUV for a spin soon went viral on social media. Away from all the cricketing action, MS Dhoni has now been pictured enjoying a game of billiards at the JSCA International Stadium Complex in his hometown of Ranchi. MS Dhoni also met the JSCA pitch curator and Kunal Sarangi, a member of the Jharkhand Legislative Assembly.

Interestingly, the JSCA International Stadium Complex in Ranchi, will play host to the third Test between India and South Africa.

Dhoni was recently named the second most admired man in India after Prime Minister Narendra Modi, according to a survey carried out by YouGov. He beat the likes of cricket legend Sachin Tendulkar and India skipper Virat Kohli in the list.