MS Dhoni turned 39 on Tuesday and Virat Kohli was among those who wished the former Indian captain. 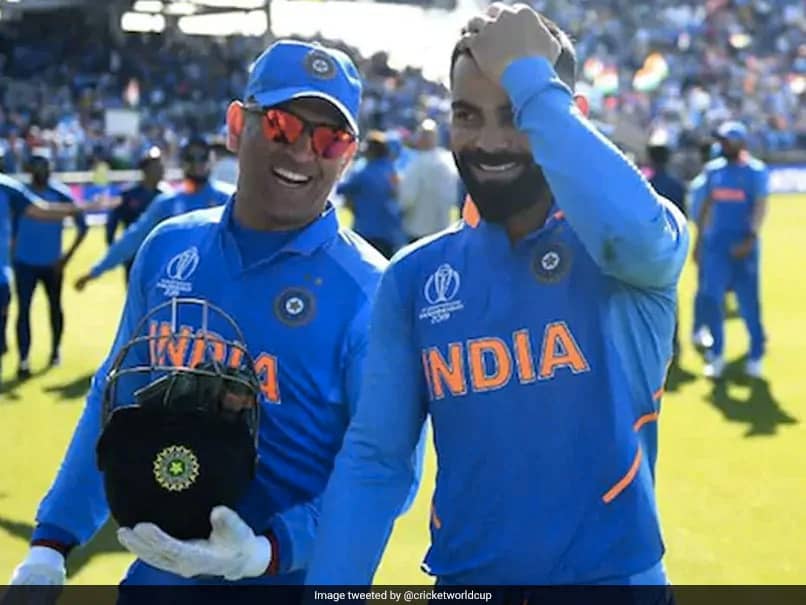 MS Dhoni, who turned 39 on Tuesday, received a birthday message from Indian skipper Virat Kohli on Instagram. Kohli, the current India captain, joined a number of his current and former teammates in wishing MS Dhoni on the special day. Sharing a collage on Instagram, Kohli wished for the former India skipper's "good health and happiness". "Happy b'day Mahi bhai. Wish you good health and happiness always. God bless," Kohli captioned his post. On Dhoni's birthday, his fans also took to social media in large numbers to send their greetings to their favourite player.

While each and every message was special in its own way, CSK all-rounder Dwayne Bravo gifted all Dhoni fans a special gift as he released "helicopter song" based on his cricketing journey so far.

In the song, Bravo highlighted Dhoni's humble beginnings, who worked as a ticket collector in the Indian Railways before making it big at the international level.

Dhoni is the only skipper in the world to win all three major International Cricket Council (ICC) trophies -- T20 World Cup, 50-over World Cup and Champions Trophy.

Another birthday greeting that became a hit among Dhoni's followers was of Kedar Jadhav, who wrote a long letter for the CSK captain.

Referring to Dhoni as a youngster in his post, Shastri tweeted: "Happy Birthday Youngster! Have an absolute blast Legend".

Dhoni last played for the country in July 2019 when India lost to New Zealand in the semi-final of World Cup 2019. Since then, Dhoni's fans have been waiting eagerly to see him back in action.

Dhoni was supposed to return to the field during this year's Indian Premier League, but unfortunately, fans will have to wait a little longer as the cash-rich league was postponed indefinitely due to the coronavirus pandemic.

Dwayne Bravo Cricket
Get the latest updates on India vs Australia Series, check out the India vs Australia Schedule for 2020-21 and Ind vs Aus live score . Like us on Facebook or follow us on Twitter for more sports updates. You can also download the NDTV Cricket app for Android or iOS.