New Zealand needed 20 runs off the last over but Michael Bracewell took only five balls to help the side win the game against Ireland. 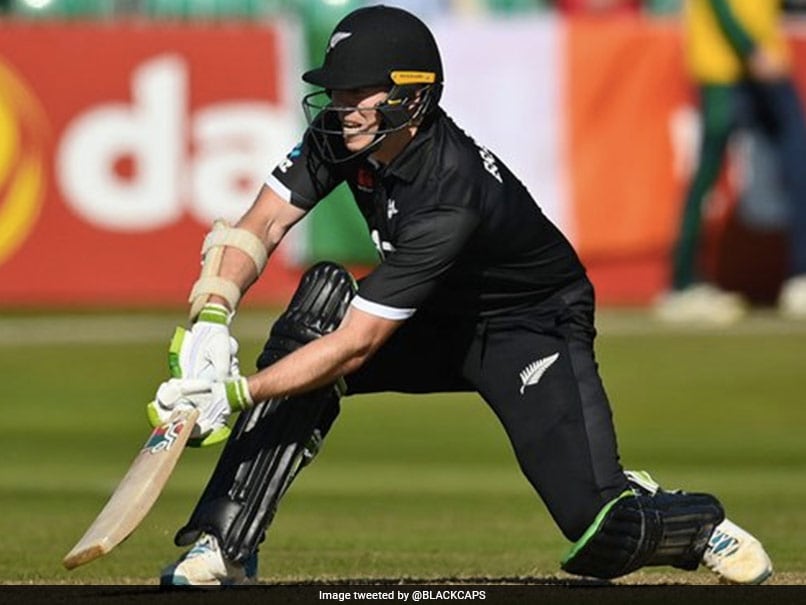 Michael Bracewell finished with 127* off 82 deliveries in the 1st ODI against Ireland.© Twitter

New Zealand on Sunday edged past Ireland by one wicket in the first ODI of the three-match series at The Village, Dublin. The match went till the penultimate ball but Michael Bracewell's century helped the Black Caps emerge as the eventual winners by a narrow margin. Chasing 301 runs against Ireland, New Zealand needed 20 runs to win off the last over. The match was tilted in favour of hosts Ireland but Bracewell held his nerves and sealed the game for New Zealand against all odds.

With New Zealand requiring 20 runs to win and experienced Ireland pacer Craig Young bowling the last over, Bracewell only needed five deliveries to clinch the victory for his side as he went 4,4,6,4,6 to seal the dramatic triumph.

Bracewell's show in the last over also saw New Zealand become the first team to chase down 20 runs in the 50th over of a men's ODI. Before this, the highest runs chased in the 50th over was 18 runs by England against Australia in 1987.

20 needed of 6 but @braceyourself10, the centurion, only needed 5 balls! Sensational batting!@BLACKCAPS@cricketireland

Watch all the highlights from the New Zealand tour of Ireland only on #FanCode https://t.co/S5jhUKnP1P#IREvNZ pic.twitter.com/PpxZAwMMmE

When Bracewell had arrived at the crease, New Zealand were tottering at 120/5. The southpaw not only took the Black Caps out of hot water but also helped them win the match, courtesy his 127 runs off 82 balls that included a thrilling last-over finish.

"The way Michael (Bracewell) held his composure with the tail was outstanding, it was a special knock," New Zealand captain Tom Latham said after the match.

Riding on Harry Tector's 113 and Curtis Campher's 43, Ireland had posted 300/9 batting first against New Zealand in the first ODI. In reply, the guests reached home with one ball to spare. Apart from Bracewell, Martiin Guptill also helped New Zealand's cause with a 51-run knock.

Ireland Cricket Team Ireland vs New Zealand, 1st ODI Harry Tector Michael Bracewell Cricket
Get the latest updates on IPL Auction 2023 and check out  IPL 2023 and Live Cricket Score. Like us on Facebook or follow us on Twitter for more sports updates. You can also download the NDTV Cricket app for Android or iOS.