Mayank Agarwal surprised his fans as he shared a three-step guide on Twitter, telling them "how to travel during the lockdown" without stepping out of their house. 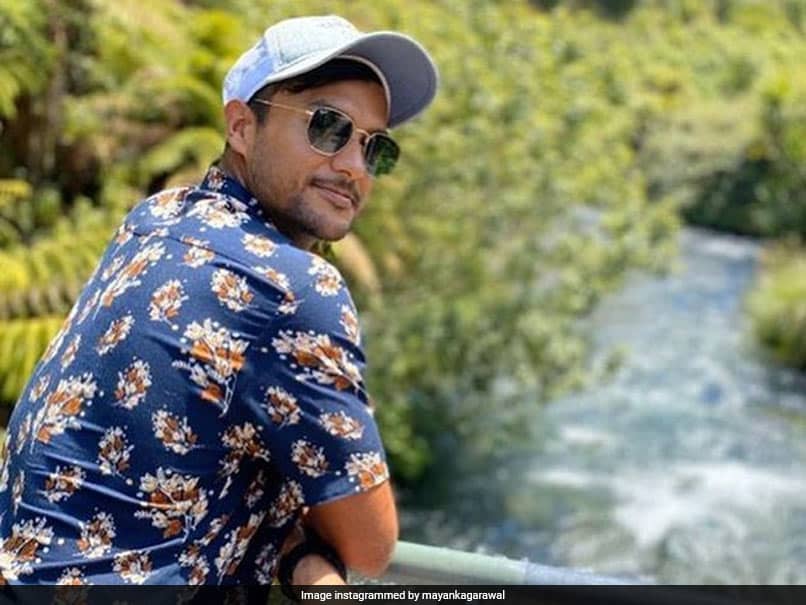 Travelling from one place to another to face different oppositions is how international cricketers spend a considerable part of the year but it has all come to a complete halt due to the coronavirus lockdown. With sporting events across globe postponed or cancelled, players are stuck inside their houses and have nowhere to go. With travelling not possible while the lockdown is in effect, Indian Test opener Mayank Agarwal on Wednesday surprised his fans as he shared a three-step guide on Twitter, telling them "how to travel during the lockdown" without stepping out of their house. Agarwal also shared a couple of pictures, with both of them featuring almost the identical clothes and pose. The first picture shows him sitting in his home garden and the other one shows him sitting in a beach. Apart from the identical pose, another common thing in both the pictures was him looking at the horizon, just like he mentioned in his three-step guide.

"How to travel during the lock down. Step 1: Get an armchair; Step 2: Look into the horizon; Step 3: Let your imagination run wild," Agarwal tweeted.

How to travel during the lock down
Step 1: Get an armchair
Step 2: Look into the horizon
Step 3: Let your imagination run wild#ArmchairTravel #QuarantineTravelChallenge #StayHome pic.twitter.com/1enXb5DNLp

Last month, the Board of Control for Cricket in India (BCCI) had posted a video on Twitter where Agarwal was showcasing is "awesome" culinary skills.

Agarwal made his Test debut at the iconic Melbourne Cricket Ground (MCG) in the Boxing Day Test in December 2018 and had an immediate impact, scoring 76 and 42 in his first two innings. After that, he has never looked back and since then has gone on to become one of the key members of the Test team.

He followed up his impressive start in to his first full season as an international cricketer with consistent big scores. Once set, Agarwal is famous for scoring big hundreds and it was evident last year when he ended up scoring two double centuries -- one each against South Africa and Bangladesh.

India Cricket Team Mayank Agarwal Cricket
Get the latest updates on IPL 2020, check out the IPL Schedule for 2020 and Indian Premier League (IPL) Cricket live score . Like us on Facebook or follow us on Twitter for more sports updates. You can also download the NDTV Cricket app for Android or iOS.