David Warner has been super-active on TikTok as he finds new ways to get through the lockdown period along with his family. 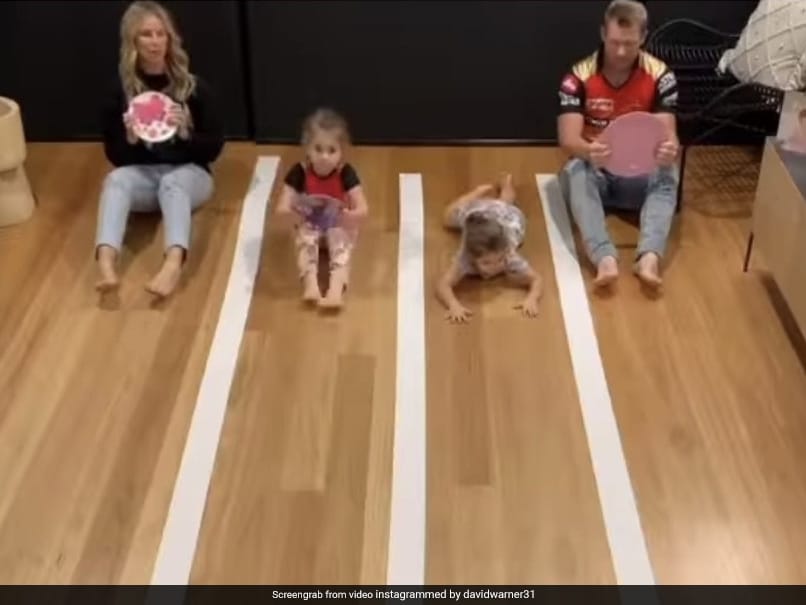 David Warner has been entertaining his fans from across the world on social media. Warner has been sharing hilarious TikTok videos on a regular basis which has made him one of the most popular cricketers on the video-sharing app. David Warner shared his latest TikTok video on his Instagram account and captioned the post saying, "Who wins the race?? @candywarner1 one for the kids!! Indi favourite". In the video, Warner and his family can be seen pretending to be involved in a unique "car race".

Who wins the race?? @candywarner1 one for the kids!! Indi favourite ???????? #mariochallenge #family

The Australian batsman is on his way to becoming a sensation on social media. Earlier in the week, David Warner had shared a video with his wife Candice in which the two were seen dancing to a Telugu song.

David Warner has also been chatting with cricketers from around the world on Instagram live.

Recently, Warner was involved in a chat with Indian batsman Rohit Sharma on Instagram. During the chat, Rohit Sharma and David Warner talked about various topics and even discussed the future of the T20 World Cup which is scheduled to take place in Australia later this year.

David Warner was supposed to lead the SunRisers Hyderabad in the upcoming edition of the Indian Premier League. However, the Board of Control for Cricket in India (BCCI) decided to postpone the IPL indefinitely as India battles against the coronavirus pandemic much like the rest of the world.

The left-handed opening batsman is one of the most important players in the Australian batting line-up. Warner has played 84 Test matches for his country. In ODIs, David Warner has featured in 123 games and has also played 79 T20Is for Australia.

Australia Cricket Team BCCI IPL 2020 Cricket
Get the latest updates on SA vs IND 2021-22, check out the Schedule and Live Score . Like us on Facebook or follow us on Twitter for more sports updates. You can also download the NDTV Cricket app for Android or iOS.