Mark Waugh rated the Australian player, who made his debut in 2018, above Virat Kohli and Steve Smith, who are the current holders of the top two spots respectively. 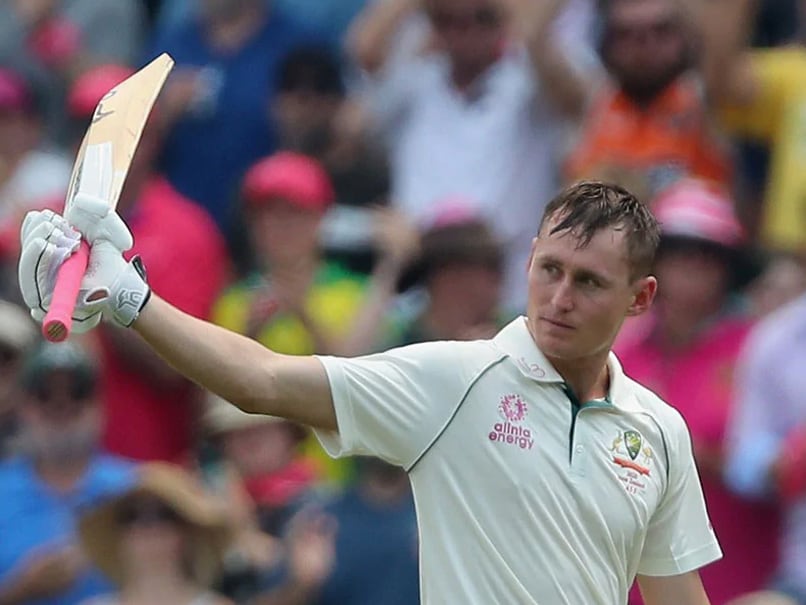 Marnus Labuschagne is currently ranked at the third spot behind Virat Kohli and Steve Smith.© AFP

Former Australia captain Mark Waugh has labeled Marnus Labuschagne as the "number one batsman" in Test cricket, even though the 25-years-old is currently ranked at the third spot behind Virat Kohli and Steve Smith. Labsuchagne, who made his debut against Pakistan in 2018, has been in stupendous form in recent times. He rocketed up to third in the ICC Test batting rankings on the back of an Australian record 896 runs across five Test matches at home this summer.

"He is probably the number one batsman in world cricket, albeit in the Test format, but I think he can carry that on into the white-ball format as well. I think he has got to bat in the top four," Waugh was quoted as saying by Sydney Morning Herald.

Labuschagne is set to make his ODI debut in the upcoming three-match series in India. Waugh believes Labuschagne can translate his Test form into ODIs while batting at No. 4 against the Men in Blue.

"You would imagine Finch and Warner would open, Steve Smith at three and Labuschagne at four. I think he is ideally suited at four because he can play spin well, he is a good sweeper of the ball," he said.

The 54-year-old further said Labsuchagne will be tested by the Indian spinners.

"He is going to get tested out, obviously, by the spin of India, by the likes of Kuldeep Yadav and Yuzvendra Chahal, Ravindra Jadeja, those sorts of guys. But a batsman in form going to India is exactly what you need. I think he will go really well," Waugh said.

Labuschagne also realises it will be huge challenge for him playing on Indian soil.

"A big part of playing in India is how you play spin, so for me being nice and clear with my plans about how I play spin and then just trusting the processes I have," Labuschagne was quoted as saying by ESPNcricinfo.

"Batting in the middle order it's about running really hard between wickets and trying to get those runs through the middle, then when you get the opportunity towards the back end to open the shoulders a bit," he added.

The first ODI of the three-match series will be played at the Wankhede Stadium in Mumbai on January 14.

Virat Kohli Cricket Mark Waugh
Get the latest updates on T20 World Cup, check out the T20 World Cup Schedule and Live Score . Like us on Facebook or follow us on Twitter for more sports updates. You can also download the NDTV Cricket app for Android or iOS.