"Learning How To Change Diapers Wasn't That Tough": Virat Kohli

Virat Kohli said that by playing cricket over the years he has become quite flexible so learning how to change diapers wasn't that tough for him and he is satisfied with whatever he has learned so far. 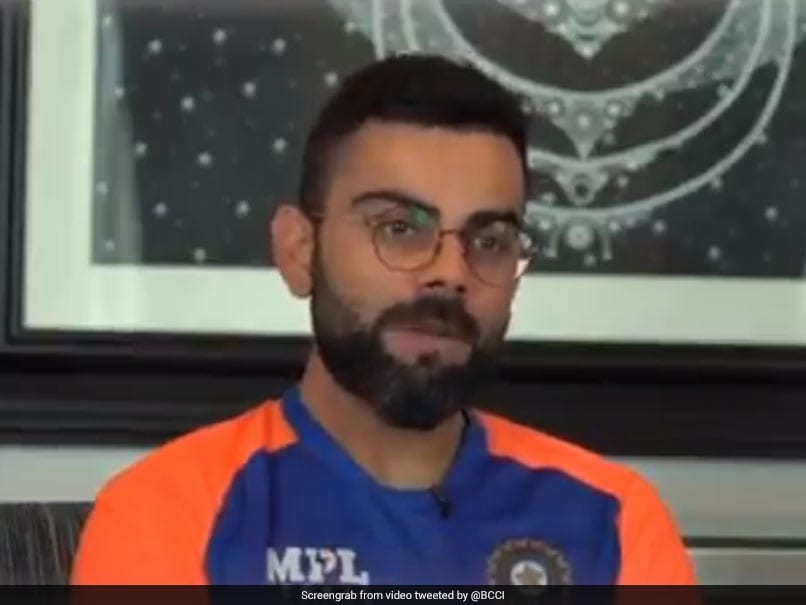 Virat Kohli said that no victory has been more special than India's recent Test triumph in Australia.© Twitter

Virat Kohli, who is back leading the Indian team in the first Test against England, said that there hasn't been a more special series win than one in Australia recently. Kohli had to return home in the middle of the Test series for the birth of his baby. The Indian skipper was also asked if he managed to change the diapers correctly while cheering on the team. Kohli said that by playing cricket over the years he has become quite flexible so learning how to change diapers wasn't that tough for him as he wanted to learn it. However, he did add that he hasn't mastered the art yet but is satisfied with whatever he has learned for far.

DO NOT MISS: #TeamIndia skipper @imVkohli and Head Coach @RaviShastriOfc get candid.

"Luckily as a cricketer over the years I have become someone who adapts well to the situations and Ravi bhai (coach Ravi Shastri) would know that using the crease and standing in and out all that kind of stuff... I have become very flexible. So, for me to understand how to change diapers and learning all those things wasn't that tough because I was keen to learn. I wouldn't say I have mastered it but I am very comfortable with everything that I have learned so far," Kohli said, in a video posted by on the BCCI website.

Asked about where he ranked the recent series triumph in Australia, Kohli said that the it's right on top especially because after the number of injuries and lack of experience in the squad the "odds were stacked up against us" as compared to hosts Australia -- who began the series on a strong note winning the day-night Test in Adelaide inside three days and handing India one of their worst Test defeats in the recent history.

"I think if you put things in perspective in terms of the experience in the squad and how much cricket our boys had played against the opposition who had played way more... the odds were stacked up against us after Adelaide. The kind of character and belief shown by the whole squad... I don't think any victory has been more special than this," said Kohli.

Shastri, who was also part of the interview, said that he had asked players to wear what happened in Adelaide Test as a badge so that it doesn't happen to them again.

"One of the mornings I told the boys wear this 36 as a badge so that you never forget it and when things are going your way cash in and make the most of it," said Shastri.

Kohli had to return home for the birth of his baby after the first Test in Adelaide which India lost by eight wickets inside three days. When asked about how anxious was he while watching the team play from afar, Kohli acknowledged that he was "a bit anxious" in the beginning but relaxed a little especially the way players bounced back in the second Test in Melbourne.

"I will be very honest, before the Melbourne Test, I was a bit anxious but then the way the whole team played in Melbourne. I was cheering every ball... jumping up from the couch every now and then. Probably not as loud as I am on the field but still the cheers were loud enough for the staff to be heard everywhere in the house," said Kohli, describing how he followed the series at home.

Commenting on the return of international cricket in India, the Indian skipper said that all the players are delighted to be playing cricket on home soil once again. He also said that the series is happening in India at the right time when situation has been brought under control to a great extent and the players are feeling very safe in the bio-bubble.

Australia Cricket Team
Get the latest updates on ICC T20 Worldcup 2022 and CWG 2022 check out the Schedule, Live Score and Medals Tally. Like us on Facebook or follow us on Twitter for more sports updates. You can also download the NDTV Cricket app for Android or iOS.