The Directorate of Revenue Intelligence has handed over the case of cricketer Krunal Pandya to the Airport Customs as the case was a non-recurring type. 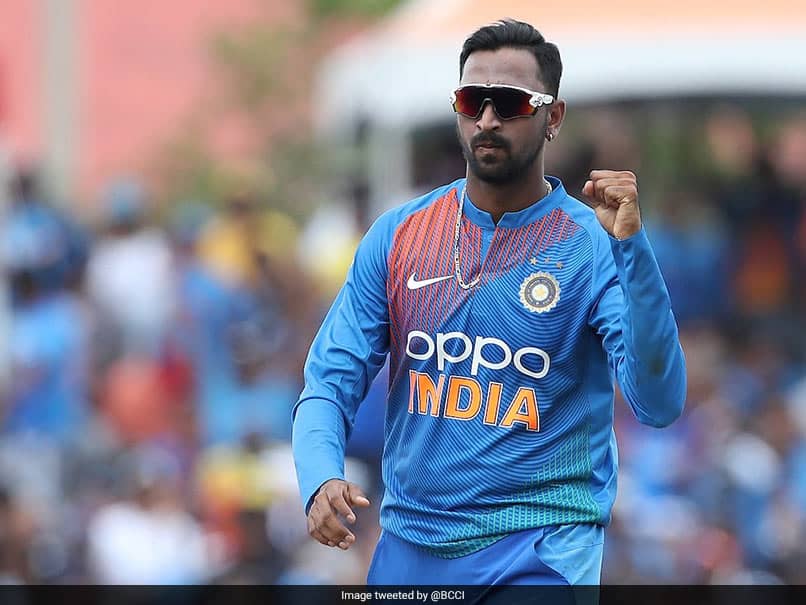 Krunal Pandya was held under the suspicion of possessing undisclosed gold and other valuables.© Twitter

The Directorate of Revenue Intelligence has handed over the case of cricketer Krunal Pandya, who was intercepted at the Mumbai International Airport over suspicion of being in possession of undisclosed gold and other valuables, to the Airport Customs as the case was a non-recurring type, according to the DRI officials on Friday.

"Cricketer Krunal Pandya was stopped and luxury watches were found. The case, being small for DRI standards and non-recurring type, was handed over to Airport Customs as per normal practice," DRI said.

Krunal was held under the suspicion of possessing undisclosed gold and other valuables while returning from the UAE on Thursday night.

Krunal recently featured for Mumbai Indians in the 13th edition of the Indian Premier League (IPL) held in UAE. The Rohit Sharma-led side won their fifth IPL title on Tuesday after defeating Delhi Capitals in the final.

The all-rounder has played 71 matches for Mumbai Indians in the IPL. He was the player of the match in the IPL 2017 final and had helped Mumbai Indians defeat Rising Pune Supergiant to claim their third title.

Comments
Topics mentioned in this article
Krunal Pandya Cricket
Get the latest updates on India vs Australia Series, check out the India vs Australia Schedule for 2020-21 and Ind vs Aus live score . Like us on Facebook or follow us on Twitter for more sports updates. You can also download the NDTV Cricket app for Android or iOS.