KL Rahul Will Treat His Woman 'Like A Princess' 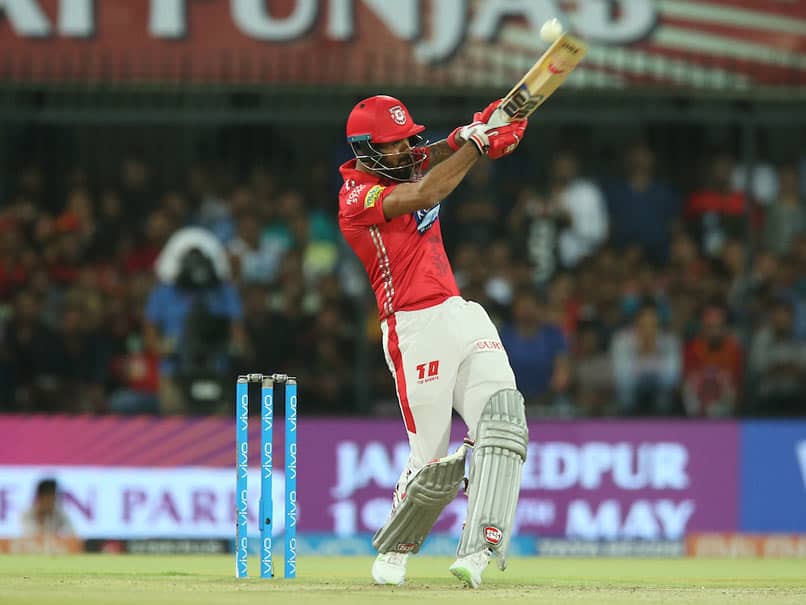 KL Rahul was a hit during the just concluded Indian Premier League (IPL) 2018, having scored 659 runs and finished 3rd on the run scoring chart. Post the IPL he has been trending after being seen dining with his Bollywood friend Nidhhi Agerwal. While on a break and preparing to make a switch from the T20 to the Test format, KL Rahul spoke to NDTV on memories made during the IPL, Gayle, facing Rashid Khan and his friend Nidhhi Agerwal.

Q: We saw an Instagram post from you that spoke about setting goals and staying quiet, smashing them when the moment comes and clapping for yourself. What's your next goal?

KL Rahul: I'm not a person that sets a long-term goal. My goals are on an everyday basis. Every day, I want to be a winner, I want to train my best, I want to work my best. If I am playing a game, I want to give my best and that's the only thing that helps me sleep peacefully at night.

So I am somebody who takes each day as a challenge and each day is a fight in itself. I want to come out victorious, most times it happens, sometimes it doesn't, but that is what I meant when I put that picture up. I am not too brash or over the top expressive but like to go about my business quietly, when I smash them the world knows it.

Q: During the break, you are spending time with some youngsters at a Campus Cricket tournament. Is it your way of giving back to the system and telling them that it's possible if they dream?

KL Rahul: This is inspirational for them. Similar interactions inspired me when I was playing college cricket. At that time I wanted to talk to guys who were playing in the team, I wanted to understand what they did to make that jump from College cricket and State cricket to higher level. No doubt the guys who are playing here (at the Red Bull Campus Cricket) or the youngsters around the country are all inspired to play for India and want to make a name for themselves. I will tell them is it is possible, I was on the other side not more than like five years ago.

Q: Apart from inspiring the gen-next, are you doing anything out of the box like adventure sport?

KL Rahul: We have been talking for more than a year now to do extreme sports because I love adventure sports, I love taking part in them but I've never really had the time off cricket to go away and do those things. I am a sporty person who loves to go to the gym, train, play football.

Q: Talking about smashing it at the right time, you were a smash hit during the just concluded IPL. What are the memories that stand out for you?

KL Rahul: I can't pick out one because it's very difficult. However, the first game when I got a 14-ball 50 was special and a couple of other innings where I did really well and won the game for my team. Just the whole experience of the IPL is fascinating. These two months you make so many memories, you get to know so many people from our country and around the world, just to understand them on a personal level and their struggles, where they come from, is the best thing. That is the real flavour of IPL.

Q: How do you respond to being called the most complete Indian batsman after Virat Kohli and often being compared to AB de Villiers as well?

KL Rahul: I don't respond, I let my performances speak for them. Virat and AB are my favourite players and they will always be. They have helped me progress in my sport, helped me improve my batting, my attitude towards the sport. They are the legends of the game. Comparisons with them is a bit premature.

Q: Talk to us about your chemistry with Chris Gayle. You played some fabulous knocks together. Does it require a special chemistry to build special partnerships like these?

Q: You face Afghanistan next in a Test match on your home turf - what does it take to switch from one format to another? Is it easy or difficult for you?

KL Rahul: It is a hard switch to make but I guess we have been doing this for last two or three years, switching formats and trying to adapt to each of them to the best of my ability. It is hard, I won't disagree, but as professionals I think we need to be playing our 'A' game, making sure our bodies are fresh, making sure physically and mentally we are in the right frame to perform regardless of what format we are playing.

Once we put on the blue kit or the Indian jersey, one automatically switches up in your head and wants to do the best... Yes, I enjoy each format because each format is a different challenge so I enjoy them.

Q: Rashid Khan has said that is he prepared to bowl six different deliveries in an over during the upcoming Test match. How lethal do you think he will be, having played him in the IPL?

KL Rahul: He is a very exciting bowler and an exciting talent. He was the best bowler in the IPL, has a great attitude that is so good to see. He is great to watch on TV, not when you are facing him. As a spinner he runs down to the batsman and stares them down, there is so much confidence in his skill and in himself which is great to see. He will want to improve his game and come up with new deliveries, try to create more mystery, but as batsman we have to try to tackle that.

We are looking forward to playing the Test match and are very happy that Afghanistan is getting this opportunity. We have seen over the last three or four years what a good cricket team they have become, they have some match winners in their line for sure, I wish them the best.

Q: What's KL Rahul doing in his free time. We saw pictures of you with a Bollywood actress lately and not Preity Zinta...

KL Rahul: I don't know why a guy and a girl can't be friends, why is it so hard? I have known her (Nidhhi Agerwal) for a long time, we come from the same city. It is great to see the progress she is making in her field, and we have known each other for a long time even before I was a cricketer and she an actress. It was not just me and her hanging out, there were more three or four more people from Bangalore. They have moved to Bombay, they live there and I was there visiting, so it was good to catch up with friends.

I assure you there is nothing happening, if I am seeing somebody, I'll make sure everybody knows about it, I will treat my woman like a princess, so I will not hide her or my relationship.

Lokesh Rahul Indian Premier League 2018 Cricket
Get the latest updates on IPL 2021, IPL Points Table , IPL Schedule 2021 , live score . Like us on Facebook or follow us on Twitter for more sports updates. You can also download the NDTV Cricket app for Android or iOS.